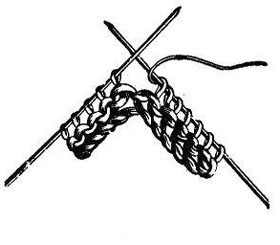 Learned a new term yesterday from Navi and Neri: Man-Cold:

a man cold is found exclusively upon the Y chromosome. this particular strand of the common cold results in individuals acting like a little bitch and crying about a stuffy nose. treatments for this include: suck it up, we don't care, and we're not your mother.

Really struggled to title this post. Currently really struggling to keep it focused, because the potentiality for it coming unraveled is high.

Yesterday was one of the most unsatisfactory hop-scotch-days of play I've had in a long time, and it's all my fault. This week as I get back into a routine, going to hours-long 'trainings' (mostly sitting in fluorescent-lit rooms listening to concepts I already know repackaged, not getting a chance to talk to my colleagues about these concepts, and knowing that there is a crystal-blue rare Northwest summer out there taking the last train out of town, is getting tough to take. Time in Azeroth, I should kind of, sort of know what I am doing now, right? Nope. No one was "mean" to me. No one didn't say anything that wasn't glaringly obvious, and no one said anything that wasn't true: I am a terrible player.

Switching in-and-out of alts, and not taking the time to understand the classes, spells, procs, spending gold and time researching reforging, well, suffice it to say I was told my warlock is a hot mess, and I know nothing about my shadow priest spec. When I bid the player friend good night last night after a yucky Ulduar attempt, he asked if he had upset me. I told him no, but that every moment of 'play' yesterday ended in my failures being glaringly obvious to my companions. Even Mrs. Whitworth was embarrassed for me, and she has a glass jaw. Et tu, Mrs. Whitworth?!

And then it struck me last night as I was deflating, getting ready for bed:

This reforging shit is a crock of crap, and one of the biggest scams of Blizzard.

Remember when they took out talent tress, saying that players were being too cookie-cutter? Well, believe me, reforging is the new talent tree, but for a player like me who has zero understanding of theorycrafting, it's a disguised and less useful, significantly less useful mind you, talent tree. The gems? I don't mind those. Who doesn't want a little bling?

But how would it be, what would happen if...perhaps...you got the gear you needed in a timely fashion over the course of a patch/expansion, and had the materials you needed available or the ability to make them? What if I actually had the time and motivation to jockey back and forth between Icy Veins, Ask Mr Robot and Elitist Jerks? Cause bottom line that is what it is going to take. There are so many "shoulds" right now in my Azerothian life: my dps should be higher on my warlock, I should know how to do destruction, I should know my Shadow Priest spec, I should be amazing on my shaman, I should should should should (everything).

Bear has a beautiful post yesterday, about the joy and exuberance that comes in a moment of success. Been thinking a lot about this idea, what would be that grand moment of exaltation and joy in the game? Having the Headless Horseman mount is one, and the other day after not seeing Kaylyne for weeks, she got a goblin rocket from a Blingtron. Just like that. That would be nice, some epic mount surprise. (I like ponies, what can I say?) And though I'm not jealous, I've been sensing that my play time in Azeroth is feeling too much like Facebook. I look at pictures of others' Puerto Rican honeymoons, European vacations, and hell, even expensive restaurant food they're about to enjoy, and am feeling a sense of blech. Damn, I couldn't even post some thoughts on 1970s/80s funk music without getting a Siskel/Ebert-esque critique.

As I am sitting in these trainings, my own boss is the kind of woman who rarely (as in never) gives compliments. A colleague asked her if this was going to be part of the vernacular for our progress and growth, and I shit you not, she didn't seem to understand the question! No one wants smoke blown up their behinds, in a manner of speaking (although I'm not really sure how getting smoke up my rear would make me feel happy or proud?), but we all do want some kind of authentic experience, some moment when we did that, and can point to it.

Azeroth just may not be the place to seek that for me. For those who know how to move their character out of fire, (which apparently I do not--especially when the red circles spawn under the cover of red AOE, thank you very much stupid Kellda) and I am doing every thing I can to keep my character, my minion, and punch a boss and have to concede defeat, over and over again.

Okay --I know I can't blame any of the mechanics or processes of the game. It is within my grasp to take one or two characters, and instead of writing this blog, or sitting on the couch whining like a little bitch, I could spend hours reading class guides, watching videos, reforging with every new piece of gear, and not embarrassing myself or my player friends in heroic situations. Cause that is what it is going to take. But what is going to be that apotheosis moment for me? Don't mind me--I'm taking up knitting again.

Postscript: While Zep was going to the portal room, I was reading something, and warlock did this to her: