Okay, a long time ago, cross-dressing rogue told me the reason why he played a rogue human female was because he had heard the creator of Lara Croft/Tomb Raider knew he would be spending hours watching this character, and wanted some eye candy to sweeten the long hours. I went to research this statement (being the good NPC Sexy Librarian that I am), and came across all kinds of controversy surrounding Lara. (Dammit, dammit all to hell! I didn't want to step in a pile of dog poo this morning, and here I am, having to scrape it off my shoe. I am going to back-burner these thoughts for another time, but suffice it to say they do coincide with some of the darker undercurrents of this so-called "fantasy" world.)

So, dear readers, back to our regularly scheduled post:

Cap loved the mog look, and was very excited to be seen by players all over the world. He told me he was in the US Navy, after all, and we'll just leave it at that. His only comment was that he wouldn't mind if his character was a little more sexy, since, after all (like the designers of Lara), he spent hours looking at her. Can't blame a dude, ya know? 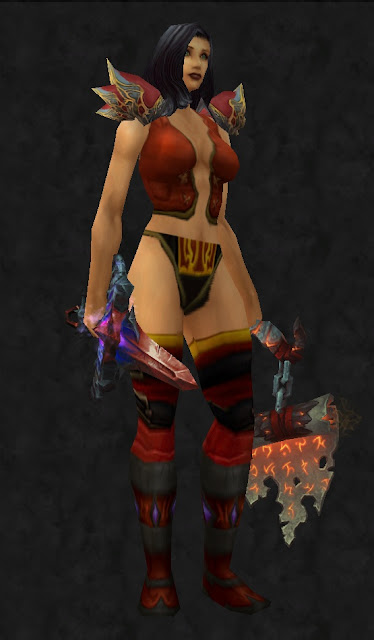 So, Cap, most of this can be crafted, so easily obtained. I tried to match some of the accents of lavender and reds, and I think the shoulders could be better, but those big pauldrons on a female human can get chunky looking fast. Notice the boots have accents of lavender to match the new dagger you SHOULD get if all goes well--come on, brother, you're sexy and you know it! 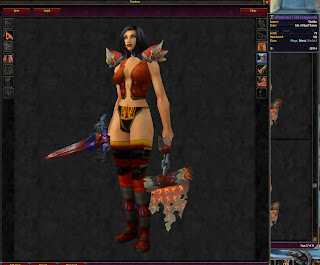 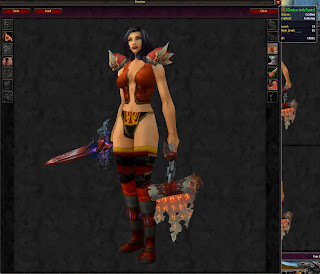 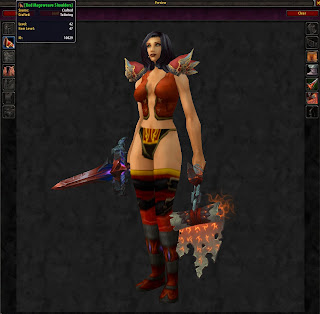 Just saw this link from a guildmate:
Make of it what you will:

Email ThisBlogThis!Share to TwitterShare to FacebookShare to Pinterest
Labels: mogjacking