This morning's Random Tuesday Morning Thought is brought to you by the Letter G and the Letter Y. In other words, I have Big Bird on my mind, and G is for "grinding" and Y is, wait, it was for Why, but wait, no...anyway. (Better go make my pledge to PBS so I can keep learning things!) 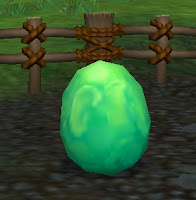 The big word clouds out there all seem to be suggesting the same thing: Mists is about dailies. And more dailies, and have a few more. On one hand, since I still can't get over all lovely characters wanting to play, and still learn new things, I am having, already, kind of a difficult time not being completely overwhelmed. Yes, Soul--I know you told me, 'relax,' and for us Type As, that's like saying, "Go take a nap and let the house fall down on you." Like telling Dorothy to not go after Toto. Like telling Nat Pagle bait doesn' matter. Thems fightin' word, boy.

But being the reigning champion of the title, Duchess of Derpishness, having played no Beta and doing even less research on new things (oh, sure, I see the blog posts, but do I read them thoroughly? Nope. I tend to bookmark and pray), upon turning my somewhat anticlimactic 90 (not sure what I expected...at least some Kool-Aid and "thattagirls," but meh. No big whoop.) I begin to see the big dailies picture.

So here's what I discovered: True love. 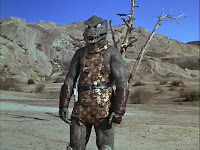 Blizzard, you got me. You give a woman a little egg with hearts bubbling out of it, and you got me like a fish on a hook, and a baby dragon was the bait. I will do anything for this little guy. You want me to make you fish cakes? I'll go figure out how to make fish cakes. You want me to kill guys that look like they're off of that one Star Trek episode, and go all James Tiberius Kirk on their asses? Sure. (And yes I play the dundundundn dun dunn dundedun soundtrack in my head.)

In the few hours I got a chance to play, in between dinner, and moving a few characters to the Shrine of the Seven Stars (does this place strike anyone else as being owned by the Hilton family? It is itself overwhelming. That place needs bellhops and concierges, not one little overworked restaurant hostess!) I managed to start to do what the Order of the Cloud Serpent, and then discovered that the Anglers are in cahoots with the OCS, too:

Baby dragons need fish cakes, too, so tonight, I know what I'm making for dinner.

The thing is, to me it's cool how they all work together. My alts and their professions are like their own little guild, a family, and it's cool. The factions work together to support your efforts, too. This is a good thing.

Oh, and I went in a heroic dungeon for the first time, and Senor: thank you for those enchants. Without them, I would have died twenty times instead of eighteen.

PS I wrote this before I read Big Bear's post: http://thebigbearbutt.com/2012/10/08/so-much-to-do-so-much-time/ and Confession's: http://www.thegrownupgamer.com/2012/10/spontaneity-and-lbrs.html