Buckle up, my sweet friends. Don't want anyone being thrown off the buggy today. I have about four posts cooking up, smokin' ones, and just trying to sort out what's what. Too many screenshots to add to the pot!

First things first: In my haste to get baby dragon raised right, and launch him to independent behaviors, I neglected my farming. Yesterday or day before, I stopped by the farm to wrangle some wiggly weeds and, what's this? Nothing? Not a weed, not a sprout, nothing:

Okay. That's fair. Farming is not my gig. I was hoping Momokawa would step up and be our little dirt-digger, although typecasting Druids as nature-loving, tree-hugging hippies, all organically grown and pure of heart, she'd be the natural choice. Alas, Momokawa was last seen getting drunk off of plum wine and trying out her sparkly moony look. Coincidentally, while I was waiting for a person to help me with my own yard, I realized that I have a black thumb. The feng shui in the Matty-shack is damn new zero for green: I kill plants. (And I wonder why I'm broke all the time?!)  In the realm and elements, of fire and water I have in abundance. Earth? Not so much. Need proof? Here's a photograph from my front yard: 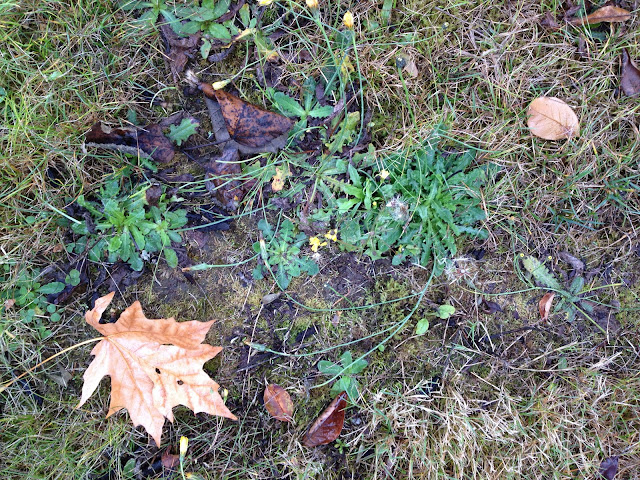 This lovely sod is a fiesty mixture of dead leaves, crabgrass, dandelions, moss, decaying unclassified vegetation and such. I told the nice man (who gave me an exorbitant estimate on what he could do for me) that my goal was that I didn't want to look like the yard down the street that belong to the meth-mom. No joke. The meth house. Every manicured lawn and lovingly fertilized and trimmed blade of grass, and yet, me? No. I used to mow the lawn and slay blackberry vines (which are EVIL. EEEEEEEEVVVVAAAAALLLLL), but the mower broke, shed blew away in a storm, and I sneeze a lot. So, I get allergic smelling hay! (Thanks, Zsa Zsa!)

Now I know there's been a plethora of jokes about farming, the Tillers being like Farmville, and many players find this activity relaxing. It's not that I don't really, but I think my allergies are kicking up. I don't want to work on a commune, collective, kibbutz, etc. I was thinking about Animal Crossing, my poor little pink-haired Princess, whose house probably looks like meth-mom's house down the street. And Bear and his lovely Cassie were thinking the same thing:


In the words of Cassie, I do not want to play a game where I feel guilty if I don’t log in to do my chores. That’s why we quit playing Animal Crossing, we got sick of having to log in every day to pull weeds.

There are certain what I call "pay off" sounds in Azeroth - I know this sounds silly, but I am an audible learner as well as visual. The sound that the weeds made in Animal Crossing, when pulled, was one of those satisfactory "pay off" sounds, the same satisfaction that nail biters get. (Draw your own conclusions here.) Maybe if there were more "thwonk" noises, more onomatopoeia, farming, and all these damn dailies, wouldn't be so bad, or if they're not bad, even sweeter.

I didn't marry the dairy farmer for a reason; don't make me go back there. I like my weeds and fertilizer virtually, thank you very much.
Posted by Matty at 8:33 AM

Email ThisBlogThis!Share to TwitterShare to FacebookShare to Pinterest
Labels: The Tillers