Bards, Ovates, Druids...by any name they are one amazing group of multi-talented, robe-wearing, flask-guzzling folks.

"In 55 BC, Julius Caesar lands on the coast of Briton..." so begins the National Geographic film on the deadly practices of Druids... The relationship of conquering nations encroaching on religious/spiritual practices is as old as mankind itself.

Caesar compared Druids to priests, and they were similar in many ways, as the liaisons between tribe and gods, the conduit to interpret spiritual forces, and heal its people. Sacrifices and bloodshed goes with the territory, however, and to sanitize the image of any ancient practices does them a disservice in understanding the visceral truths of our history and perhaps our very natures. If you want a compare and contrast dialogue on ancient versus modern Druid practices, all you have to do is click your local 'net.

We in the Northern approach darkest day, the Winter Solstice, consider the pleasant traditions we now enjoy of feasts, candles, and evergreens brightening our homes and surroundings. Make no mistake: these are cultural compromises, alliances mixed with blood between the old ways and the new order, the transitional tokens between dying gods and new philosophies. (Cool, huh! And you just thought your Christmas tree was a fire hazard, not a pagan display of pushing back the dark of night!)
I have heard on more than one occasion that "Chris Metzen loves Druids." I guess I could ask him, but lost his phone number. I don't know if Sir Metzen loves druids most of all or not, but they certainly are an amazing class: some of my bestestestbest friends are druids: Navi, Tome, and others* who are versatile with healing as they are with scratch-your-eyes out accuracy. (And mix a hell of a drink, too!) Just as ancient druids, our Azerothian Druids are fully shape-shifting, changing, versatile and dexterous.

So this holiday season, when you kiss your cutie-pie under the mistletoe, consider Getafix up in the spiky treetops, scythe in hand, nicking a finger or two, to bring you the freshest tree sacrifices possible. 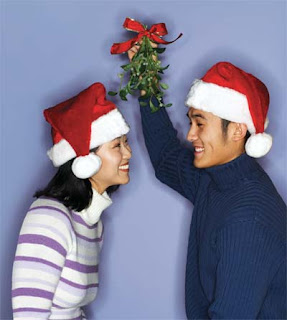 *Druids sometimes go into stealth mode. I respect that.

Email ThisBlogThis!Share to TwitterShare to FacebookShare to Pinterest
Labels: I am a druid