Series: I am a...Death Knight 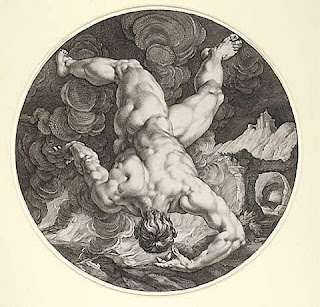 I write this series as things in the media present themselves --something will jump out at me, and demands attention. A few weeks ago, this list in Cracked, which is dubious in its scholarly credentials, actually does print some pretty good things. How do I know these are pretty good things? I am friends with an actual history scholar who mentioned these myths years ago, and I know she's done her homework. The fact is, knights weren't always shiny-shiny-do-gooders. Read #4 on the list: Indeed, they were young punks without much to do but cause trouble. Many a dude has gotten his destiny re-aligned when he's joined the military. (Reminds me of the scene from Mulan, "Make a Man Out of You.")


However, the history of knights aside, Death Knights got their destinies 're-aligned' rather harshly. Elizabeth Wachowski wrote this hilarious exposition on Death Knights back in 2007: Know Your Lore: Death Knights. The line about demons and retirement plans especially tickled me. Lest you think Blizzard has the market cornered on Death Knights, it's worth noting Dungeon & Dragons has comprehensive lore, too. It comes down to this: your weapon is your soul, and your soul is your weapon, and as a Death Knight, you will spend an eternity in conflict.

I imagine Death Knights would empathize with many of the denizens of Hades:

Tantalus - always wanted to eat or drink, but can never really taste again;
Sisyphus- always pushing that boulder uphill, the 'boulder' of one's honor and reputation;
Prometheus-just adding a little light on the situation - what's the harm in that?

All larger-than-life heroes who end up spending an eternity paying a very high price for a deal gone sour. (We mortals really do need to send Prometheus a thank-you note, I think.) They live forever striving for redemption, paying a price for a deal they did not make. Knights of old found it through structure, political/spiritual laws, and codes of ethics, much like our police forces today. Were there still crooked knights? Of course. Can't all be chivalry and character, you know, just as there are some immoral figures of authority, too. But what I can't get away from is the essential nature of a 'knight,' someone, man or woman, who continues to ever try, ever perservere, for standards and justice. They continue to see paths to redemption for perhaps their own sins, but bring those to justice to be judged by the laws of man.

And they sing great, too:

Email ThisBlogThis!Share to TwitterShare to FacebookShare to Pinterest
Labels: I am a death knight