An owl, insatiable, immortal: once, beyond memory, the owl had been something else, but was cursed in its current form. Generations of mice decimated; voles killed for sport. But the creature miscalculated, and terrorized the farmer’s prize chickens. Every morning, the farmer found white feathers filling the roost like bloody pixies, plucked from the carcasses of wasted, shredded meat birds. He took his pitchfork, a powerful staff, and waited in the dark. The foxes slunk away, the weasels retreated. The owl came. The farmer’s aim was true: the owl’s prostrated form on the spines, dripping entrails. He mounted the staff on the top of the henhouse, a triumphal warning.


This story was inspired by a true story a warlock told me one evening--his voice as magical as a fairy tale narrator's, as charming as a lullaby with a whisky habit--in Azeroth, he is a true warlock--sweet, unapologetic, and deadly. 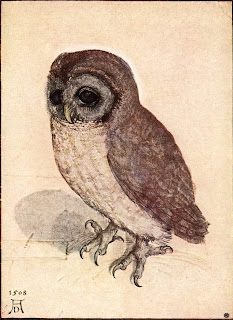 We all have them.

My confession: sometimes at work I click on videos from my Comcast feed--it's during a break, and never anything inappropriate (unless you consider most tripe on commerical televsion garbage, which it is) and I came across this gem: My Big Fat Gypsy Wedding

I knew there exists a Gypsy community and culture, but had no idea they refer to themselves as "travelers" or had this expectation for huge weddings and lavish bridal parties.

(What does this have to do with warlocks? Wait.)

Lately -- TruTV's World's Dumbest is another one of my guilty pleasures.  Watching it the other day, I asked CD Rogue if anything happened to Tonya Harding, you know, after the whole "let's turn figure skating into a blood sport" incident. It struck me how warlock-y she is: her minions served time, but she got away with a ban and community service. And, from what it appears from the World's Dumbest show, she's still having a grand time, just as a warlock would, too - no regrets. (Warlocks are unapologetic. Goes with the job requirements.)


And then the image of Mommy Dearest sprang to mind. If you piss off a warlock, you better have checked your hangers first:

The queen of all media warlocks, Oprah:

What's my connection? Don't eff with warlocks. They are the ultimate paradox of good and evil, mystery and honesty. And they are more prevalent than one might think. In every lore worth its salt, there is a necromancer, a wizard, witch, sorcerer of one type or another. Circe in The Odyssey is the ultimate sorceress--she does care for Odysseus, but you just know she's going to be okay after he's gone, too. Warlocks are solo artists. Oh sure, they have their minions, but minions are replaceable. And as warlocks of yore would have a powerful staff, modern day warlocks have powerful staffs: producers, personal chefs, consultants, trainers, stylists, and writers.


I am no expert when it comes to warlockery. I adore my girl, Kellda, but she's been hiding out for awhile, trying to get her own crazy staff, and roaming as she pleases. Off the top of my mind, some of our favorite warlocks are of course Tome, Cynwise,  and Navimie's tales about her friend Aza, and of course Big Bear's gotten way into Locks, too!


So--when there's time--if anyone wants to help Kellda go into Naxxramas for her own owl-spearing staff, come along then. Minions are always welcome.


Editor's Note: the image at the beginning is from http://cthulhu-hand-luke.tumblr.com - other source unknown.

Theme song: Hands/The Raconteurs
Posted by Matty at 10:32 AM

Email ThisBlogThis!Share to TwitterShare to FacebookShare to Pinterest
Labels: I am a warlock