The reason why I started this blog was very simple: I was inspired by my WoW friendship with another female player, a young woman who is very comfortable in her own skin, and has not only kept up with the big boys, but has surpassed a few of them, too. She's a scrappy, can-do kind of girl, and is to be admired. And I like to write. So sue me.
So, I have been known to exhibit moments of scrappiness, too. And as smart and fun as I believe myself to be, it kind of surprised me the other day when asking to do a run, a guildmate said, I think...jokingly...,"No girls allowed." As far as I can tell, there are five women in my guild, not including me. Since the other guildmate who was going to run the dungeon with is, indeed, a man, I'm pretty sure the guildmate was referring to me. I felt the tiniest spark and sting of my 8-year-old-self when I was banned from some activity or another simply because I was a girl. I had to learn to throw better, higher, faster, etc. Like the old quote, Ginger Rogers did everything Fred Astaire did but backwards, wearing high heels.
Not go because...I'm a girl? What is this? Third friggin' grade?
The poisonous venom barf-pools of the Zul'Gurub bosses are the only Zul ones I know. I have yet to roll into Zul'Aman. The priestess gave us some understated trouble. After, I don't know, four or forty wipes, I went to put clothes in the dryer, coming back to our dungeon group having been disbanded while I turned my back on my weapons and toward dryer sheets and lint. That'll teach me to try to have clean clothes. I would say I was off my game for the other times I died, horribly, painfully, the after-burn of acidic regurgitated rat stew and corn chowder, along with lime Kool-Aid that first boss barfs up creates some pretty weird pixels for me. (Admittedly, when Matty's female draenei voice yelps in fear, it's difficult not to patronize or think, "man up for gods' sakes!' It stops being cute after awhile.)
But before we went to the Kit-Kat club and got our litter boxes cleaned out, I did procure two very cool items: one is a fist weapon, and the other some new gloves. In my girlish voice, "squeeeeeee!~" 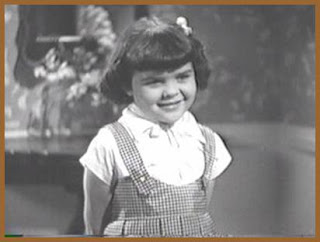 So, again gentlemen, it is not a problem if you don't want me on your team for awhile. I respect that. Don't want to get my girlness all over you, cooties and whatnot.
Posted by Matty at 7:05 PM