I don't know how brains work: no one knows. That's the great paradox: our brains are researching our brains.

Well, I shouldn't say I don't know anything. Scientists of all stripes and polka-dots have been studying how the brain works since we took a bite out of that metaphorical apple and 'discovered' metacognition. In the goopy or edgy, murky or clear corners of our brains, exist electrochemistry, synapsis, and micro-second pinging and ponging, It's no wonder we need sleep in order to survive, as well as play.

Brains are better than computers. (Or so our brains tell us until our robot overlords tell us otherwise.) And our brains send lightening-fast signals to coordinate a multitude of input and output. I recognize that those who are under the age of, say, 30 or 35, consider themselves to be masterful multitaskers, and perhaps this is true. I still say just as you can't be in two places at once, your cognitive functions can't occupy the same space at the same time either: for example, if you are reading a book and listening to music with words, your brain is toggling between the two language centers.

And those who believe that multitasking is a myth, or misunderstood, like to trot out this cautionary tale: there was a story about a teenage girl who fell through a manhole cover while texting on the phone:
Check out this story in Wired. Her parents sued.
What I believe, based on what I have read, is that our brains toggle. The best analogy is our neuro-pathways are simultaneously functioning, but what we are focused on at any given spark of brain power is like a light switch: it's either on or off. Age, diet, exercise, gender (yes, gender), and other organic cognitive factors influence our individual capacities for the speed of toggling; it's not a binary function, per se. It's more of a wall of buttons and voodoo that is on or off. And don't even get me started about the lizard brain: perhaps our basest wiring is still pulling all the strings.

If you want to find scientific studies that support or disprove the existence or efficacy of multitasking, you will find a plethora of information. Here are just a few:

I wouldn't trade my real life for anything. We all have busy lives and distractions. So, in the virtual world, if I step in fire or poison, it may not be solely because I'm the worst player ever who can't control the pixelized edges of my hooves. WoW is much less forgiving than the real world in some ways. Understand if I die by fire virtually, the dog may have needed to go out, a friend may have called, the toilet was backing up, the UPS man was at the door, the television was left on, and dinner is burning. All at the same time. There is so much noise during play on occasion. Getting used to Vent, I'm listening for direction from a guild master, or debate over the fiscal policies of U.S. debt-ratios with China, or reading Trade Chat, or tells and whispers from friends, all the while the dog is at my feet doing the potty-dance (I have the world's most annoying dog. Got to win at something!) GTFO is yelling at me, flashing at me, DBM is glaring warnings that would put the US Homeland Security Dept. to shame, and heaven help me if I get a text or check Twitter. 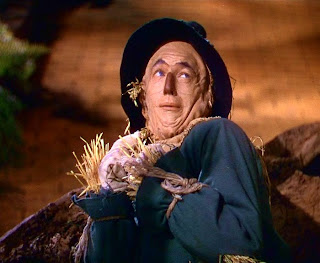 Sometimes I just need to be, well: quiet. If I am in a dungeon, I'm too busy trying to remember what to do with what boss when, or what add, and check Recount, and listen, and make sure I'm well-fed and blades sharp. And, here's the crazy thing: every time I do a dungeon I've done ten times over, I learn something new. And the dog needs to go out. And the dog needs to come in. And I need to cleanse. Check my buffs. Check my debuffs. Number 9 WIND SHEAR DORK! NOW! If I get a phone call during some intense game-thinking time, I can let it go to voice mail. My personality is such that I am social, and verbal, and feel tugged in many directions, though, so that I'm not doing any one thing well. There is no voice mail in Deadmines. (Vanessa Van Cleef is no man's secretary.)
So, if I seem quiet, don't take it personally, just as I don't take it personally if someone's playing, focusing, etc. on other things. (I know - I do talk a lot. But I do try, try, to read social cues, too.) Most likely, I am on overload, and the circuits are smoldering. If I don't answer back, just let it go. Don't push it.

Today's a busy day: Arthas was running late last time he and "Matty" had a date, so going to try to win him over. Also, going to try BoT this evening. That's going to require some synapsis to burn and dance. We'll see.  I'll go meditate on that one for awhile. While I watch TIVO'd Daily Shows and last night's SNL. (Hey! It's a new one! With a new episode by Robert Smigel!)
Posted by Matty at 9:36 AM

Email ThisBlogThis!Share to TwitterShare to FacebookShare to Pinterest
Labels: hit all the buttons, multitasking