You are not prepared. No, really, you're not.

I am always late to the party, I know, but holy hellalish hydra, Batman! WHAT THE HELL IS THAT THING? Yesterday against better judgment (if I didn't have bad judgment I'd have no judgment at all it seems) I dusted off Zeptepi and went into the freshly-opened Throne of Thunder LFR. I missed the first round with Tortos, but yes, did experience death-by-slugs (I swear, this is some fantasy sequence by a writer at Blizzard who put the salt shaker in the pseudopods' control!) just after Megeara, and then onto five wipes on Ji-Kun. Did I get any loot, you ask? Silly player! Loot is for leets! I got gold to cover some of my repair bills. Woot! I'm still picking out pin-feathers from my posterior.

I know from my Greek lore that Megeara was re-imagined in Disney's version of Hercules as his love interest. 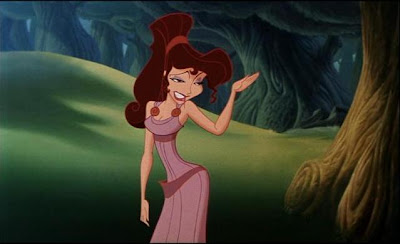 But this is not that: 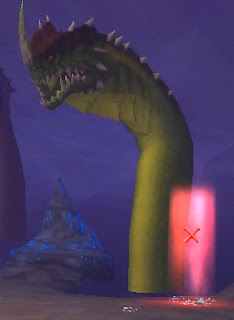 According to Greek mythology, Hercules, or Heracles, is driven mad by Hera, and kills Megara and their children. Not a happy story.

Later, Heracles waged a victorious war against the kingdom of Orchomenus in Boeotia and married Megara, daughter of Creon, king of Thebes. But he killed her and their children in a fit of madness sent by Hera and, consequently, was obliged to become the servant of Eurystheus. It was Eurystheus who imposed upon Heracles the famous Labours, later arranged in a cycle of 12, usually as follows: (1)...

So next time you do a 'herculean' task, you can thank your lucky gods for the gold for those repair bills, cause brother, you're going to need it.
Posted by Matty at 6:03 AM