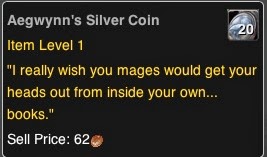 She had the dream again.

Every time it played out the same: she sits in a window nook in the auxiliary library. The smell of ozone hangs in the air, seeping through a small draft where the soldering failed. This spot held rare refuge for Aegwynn. While deeply entranced by some tome of polymorphing or the Meitre scrolls, the quadrant of boys catch her unaware. Each of the four surround her: one blinks in, one saunters in as a cat, one creates a false portal, and the fourth brashly walks right up to her and taps her on the head with one pointy, hard finger. He’s the one. She catches a glimpse of river-green eyes. He snatches whatever she’s reading out of her hands and holds it just out of reach, and plays monkey-in-the-middle with the other four boys. Embarrassed and furious, she is only tall enough that the tips of her fingers touch the book, but she is never able to get it away from them. As she reaches up, sometimes they use their free hands to poke her on her bodice, just below her small breasts. Vulnerable and furious, she is trapped: her peace is shattered, and if she storms off to tell the librarians, the boys call her names. If she ignores them, it’s almost worse, because they chuck the book at her head and run off laughing like hyenas. And leave her be. Explosive moments of violence, and then miles of silence and solitude: this was her existence.

She wakes hollowed out, crying.

She instinctively puts her hand on her belly, scarred with stretch marks that resemble white tiger’s claw scratches. No matter what cream or salve she rubbed on her skin during her pregnancy, nothing helped. Nauseous for months, dry, stretching, and painful—small sacrifices for the power that manifested in her.

When they first fell in love, Neilas told her that game the boys played was because they wanted her attention, not to be cruel, because boys don’t know how to tell a girl they love them, and taunt them instead. She knew better, but humored him. Everything she had, she had to fight for, directly confrontational, or hidden. She turned all of her power inwards and willed her body to create a son.

Now a very old woman, before the world’s memory: she serves as a simple handmaiden for the new magi ruler, a naïve woman. Aegwynn knew the young woman would learn the hard way: when the men fight, standing by their side gains nothing but scorn.

The dry skin covered no magic: all was depleted. Her powers just out of reach, always, always some other vessel to hold it, to will it. Perhaps that had been the trick of the wish, and she received what she sought. To make them all see, to make them obey: she got her way, even if it reduced her to dust.