For the rest of us…poles, poop, shouting, and random acts of kindness

Warming: this post contains mild language: get a plunger handy. 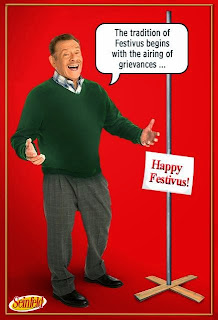 Every big holiday event like this swarms of immature players (of all ages) park their big, fat mount butts on the NPCS. Mountains of fruit cakes must be climbed over in order to get to the desired Rotten Helper, or other sought-after pet. We players furtively log on, hopping the coconut shrimp doesn't burn (ahem) or we forget to call Aunt Ruth. Thank heavens I don't have an Aunt Ruth. 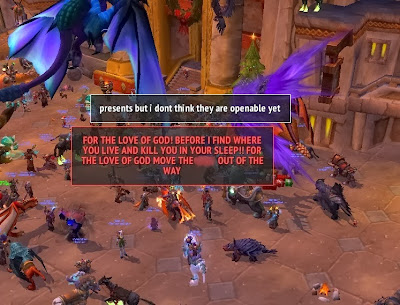 But one recent trend, and I don't think this has anything to do with the holiday season save to say there is just more of it, is this potty-talk in LFR: Everyone Poops.

Yes, everyone, in fact, any living thing with some form of mouth and backside poops. 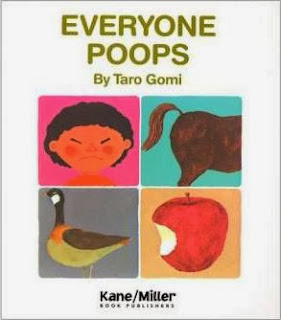 The shout-out in raid chat that one must go to said potty has become such an epidemic I am almost concerned that we should not only perform a ready-check before each pull, but a colonoscopy too. First of all, rogue with #15 DPS, it's perfectly fine if you run to the restroom during this trash. We don't need to know.

The last LFR with Mataoka went from good to poopy to somuchnerdrage it was just silly. Here is a typcial exchange:

This same LFR found me doing great DPS: I was out of practice as enhancement, and found my groove fairly quickly and happily. Everything was fine. No one was pissy. Until we wiped once on Garrosh, with five or six players dead in the first 15 seconds, then everyone started shouting for anyone under 80K to be kicked.

I had been consistently doing 120-200K up until I had to run screaming for my life and cashing in all my Gifts of Na'aru cards. Whatever. I'm out. It's was effing one of yas! DISGUSTING.

So in the Matty-shack, imagine that is me sans Scottish accent and switch the genders of the children. Yup. Why it makes me laugh so hard. For the New Year, though, I am going to clean up my act. I am. Don't effing believe me?!? Well, then…

Postscript of Goodness:
However, it must be mentioned with all the goofiness, more niceness than naughtiness abounds. A player was giving away some cute mog gear the other day, and I had to log before she could open up trade. She took the time to send them to me: 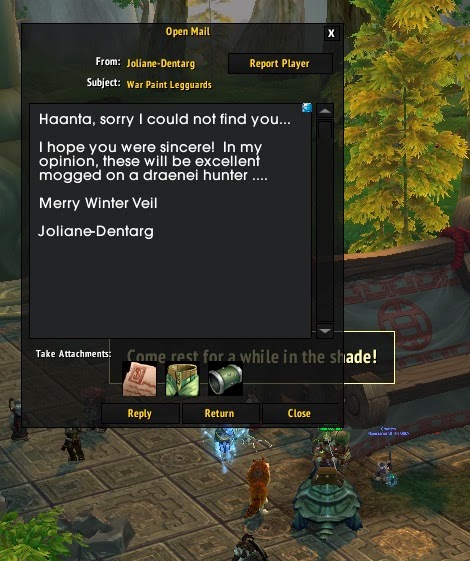 Not only that, but when I thanked her she sent me the matching top, too. Will be mogging it soon. Thank you, Joliane! You made my Winter Veil!