Okay, so yesterday, Tuesday, was the first day of my break from Azeroth, and it went really well. It did! My hands weren't shaking, I didn't break out in cold sweats (I'm sure that'll happen on Friday). I did notice that I got through an entire The Daily Show and Colbert Report and didn't have to play back parts or jokes I missed, but I did have more time to think about work, and then I thought I should have a tiny shot of Maker's Mark, so that wasn't good. Alcohol just has way too many extra calories, and hitting the sauce on a weeknight is not a good sign of anything. (Work really is a struggle right now.) But even if the ol' job is a hassle, I have a gnome's list of things to do, and it all has to get done TODAY.

But I never said I was going to take a break from writing, now did I? Nope. If I didn't write, I would truly go crazy, and I would take you with me.

So, here are some butterfly thoughts I need to capture in a net and pin down (sorry, sorry --they are very ugly butterflies, evil butterflies, and deserve to be pinned down, is that all right?) 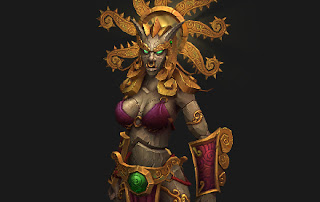 The new look as been revealed; normally I don't look at this kind of thing, but I did this time around because of an article by Apple Cider Mage. She is very articulate and spot-on in her writing, and I admire that so much. And I know I won't be popular when I say this, and you're going to think I'm weird, but I kind of, a little bit, teeny-weeny, disagree with her on something, and that is--I like the sexy female models in the game. Well, maybe 'disagree' isn't the right word, because I'm not really disagreeing -- there should be more representation of all physiques in game. There aren't enough NPCs of color either, unless blue counts.

I know I've written about this before, from my art background and all, but the fantastical, hyperbolic female and male forms are, even if unattainable, part of our human psyche. We have been admiring perfection in the human form since hands made art.
In May, 2009, this image was found:
You may not think that little fertile Venus is sexy, but when your tribe's future depends on the biological imperative, that's damned hot. At nearly 7 billion people in the world we humans have got that one covered. In fact, making babies is clearly so understood, we've grown away from tiny clay women to plastic and pixel forms that ne'er show a stretch-mark or sag. We all want eye candy, and admire art in all its forms, including those in games. The race car in Monopoly doesn't quite cut it. 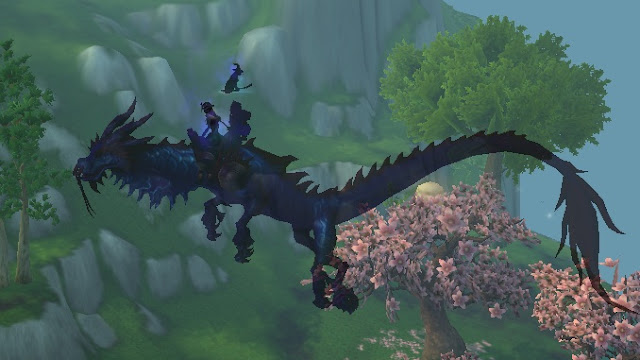 There is nothing wrong with loving the female Pandaren models with their beautiful tummies, or wishing for more "real" looking fantasy images; I guess what I'm saying I don't feel wrong in loving the fantasy models, too. Now I'm off to go do some sit-ups. That chestpiece is getting kind of tight.
Posted by Matty at 6:32 AM