Today is my last day of my winter holiday. There is a rare Northwestern sunny day out there today, so you'd better believe I'm going to hide my sparkly-vampire skin and take advantage of it. Shine on, you crazy diamond! I had big, big plans for this vacation. So much was going to get done in the real world. So. Very. Much. But, I procrastinated like a boss and put it off to this upcoming weekend. What? What's that you say? I have company coming?! WHAT? NOOooooOOOOOOOooooooOOOOoo.

Oh, I can have a root canal instead? With a rusty drill that's been licked by malodorous cats who've recently eaten tuna fish sandwiches from a rubbish bin from the food court at an airport?

What, you're joking? You were just trying to be funny, and that's not a choice? You suck.

So--okay. January 2. This is the real day for taking stock, creating spreadsheets and inventory lists. If I could bar code my life and just go beep beep beep and have it all categorized, collated, and cataloged that would be cool with me. Instead I'm going through reams of computer files, backup caches, and dumping it all. Look at email from May 9, 2011! I'm coming for you! None of this nitty-gritty work would be remotely emotionally possible if a few things had not happened first. Come on, my little OCD comrades, you understand! (Don't you?!)

There were a few things I really wanted to accomplish in game. Some of these things were out of my control and squarely in the hands of the malevolent RNGs. (They really are Old Testament aren't they?) The things like finding a Scourged Whelping did not happen, and I was really hoping for the first time ever there would be a restart yesterday, because that's when all the rumors say Scourged Whelpings spawn. You know I tried to get the little girl dragons and the little boy dragons to understand the birds and the bees, but they would have none of it. Frigid Frostlings indeed. Anyway, many good things did happen, but mostly because of my relentless pixelized effort (and lack of changing out of sweatpants and hobbit slippers):

I become exalted with the Golden Lotus, and will continue to slowly work on August Celestials: the Black Prince is more my cup of darjeeling right now, so we'll see. And boy, their tabard sure is purdy! 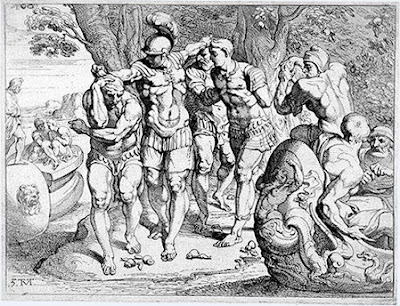 And something else I wonder, if they are the Golden Lotus, why don't they at least offer the heroes of Azeroth some tasty lotus to snack on, ala The Odyssey and the Lotus Eaters? Sure would make the grind less painful to have a natural analgesic once in awhile. So what if Ulysses had to drag his intoxicated sailors back to the ship? You know, the rest of the journey was serene and calm, and I'm sure none of them regretted not hanging out with beautiful brown Island girls getting their lotus on.


This Black Prince stuff is going to happen. This is the first time I've been in game when a legendary was 1. Accessible to me and 2. Accessible to ME. Meaning, before it seemed one had to be on a raid team, or a specific class. I really appreciate that everyone can be involved with this, even if the Black Prince is up to nefarious ends. Who knows? He might be a nice guy after all. He can't help it if his eyes glow red and the braces hide his sharp, pointy teeth. 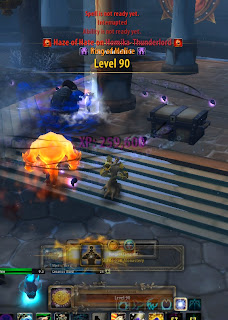 Momokawa reached Level 90. And this is a HUGE thank you to Señor, who realized what a floppy, fluffy, worthless druid I was, and helped me train her up properly. I know he got a kick out of watching me almost get eaten by lions and ghosts. At one point after successfully defending myself from a mob, I asked him if he helped me, and like a good man pushing his kid off of the training wheels, he said no, he almost did, but then just let me figure it out.

I really just wanted to get to level 90 with her so she can fly on her little druid wings and pick flowers and farm. She's a tired little druid now though, so before she starts working the fields, she's going into hibernation for awhile. 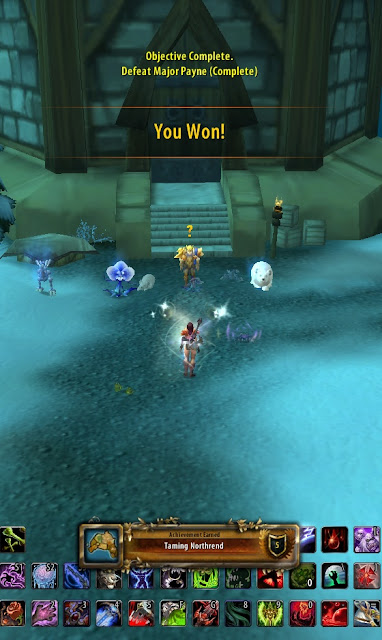 Trumpets and fanfare, please! trala-lala!! Finally - Major Payne has been bested! I wish I could say there is a trick to this punk, but alas, it's just luck of rotations. If the baby bear comes out first, you're probably toast. I hate that bear. I had Beezlebub the Fel Flame, Frankensquirrel the Rabid Nut thing, and Clawdaddy the Crab. Dear readers, I realize you are far, far away from your Major Payne days -- everyone has far and away surpassed my pet skills, but I will cheer you on from the sidelines, cause apparently King Varian needs my help. The mention of the King makes my buddy froth at the mouth, though, respectfully wishing Bolvar Fordragon had been made king of the Alliance. Alas, some men's fates do not turn out the way they wish. Kind of like having company on the heels of the Christmas holiday. Wonder if Grizzle does guest appearances?

So, here's the New Year - a clean slate, a fresh start. I made a list of some game things I want to do, but my biggest goal is to not play so much. I feel like I'm not ---something. Not sure how to phrase it -- like with not raiding anymore, not worrying about other's expectations, miscommunication, as well as just enjoying the sheer pleasure of derpiness, I can relax for the first time in a long time in game. Most things during play time are things I can do on my own now, or with a buddy, and that is what I've been wanting for a long time. Metaphysically, I need more structure in my world right now, and this year's theme will be "Taming Real World." Starting in my messy kitchen would be a good place. EFFFFFUUUUU STICKY FORK! I'm coming for ya!
Posted by Matty at 12:56 PM