What if I told you I was really an 18-year-old college student studying poli-sci at a small Midwestern university?

What if I told you I was really one of the editors for Blizzard's Diablo game text?

What if I told you I was really a 59-year-old unemployed construction worker from El Paso?

Well, none of those are true. I am who I say I am: An early millennium Draenei shaman, replete with hooves and fist weapons. Yup. That's me. Loves to write and photos of baby animals, and has a coffee addiction. The news of Manti Te'O's non-existent girlfriend fascinated me. "Catfishing" is the term that comes from the 2010 movie, Catfish. Saturday Night Live recently spoofed the movie, and the phenomenon of wanting to believe what we want to believe. It has made me think about the potential scientific research that could result on re-asking the question: "What is love?" Think about it. If a generation of social media babies can believe in an on-line persona without flesh-and-blood proof, and still feel the same triggers, reactions, desires, and hopes for the growth of the relationship, does it mean--that "true love" is a complete falsehood? We humans do love the idea of love, that's for sure. Cupid's arrows now just come in the form of tweets and avatars.

Now I am not suggesting anything untoward or weird happens in Azeroth (because it's all weird). Role-players have long deftly navigated the sticky waters of reality, fantasy, crafting a narrative, and building on a foundation of lore. And guess what? We imaginative humans crave the manipulation, control, and creativity that come with play. And as far as that generation of young lovers out there, I'm not worried about them. Once SNL has spoofed it, or Jon Stewart teased it, they won't take the bait.


Speaking of play, now for the fun stuff:

A know a few tricksy mages in Azeroth. It is important to the male mage to always look his best, and if possible, get out of those damn robes! This is a look my friend Conried put together recently, and I have to showcase it: 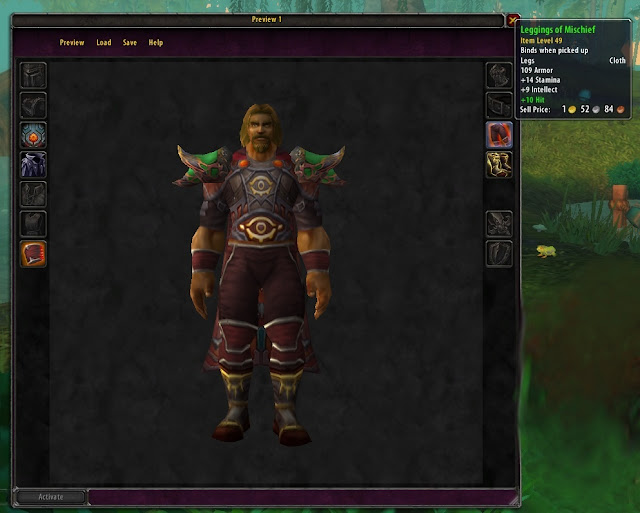 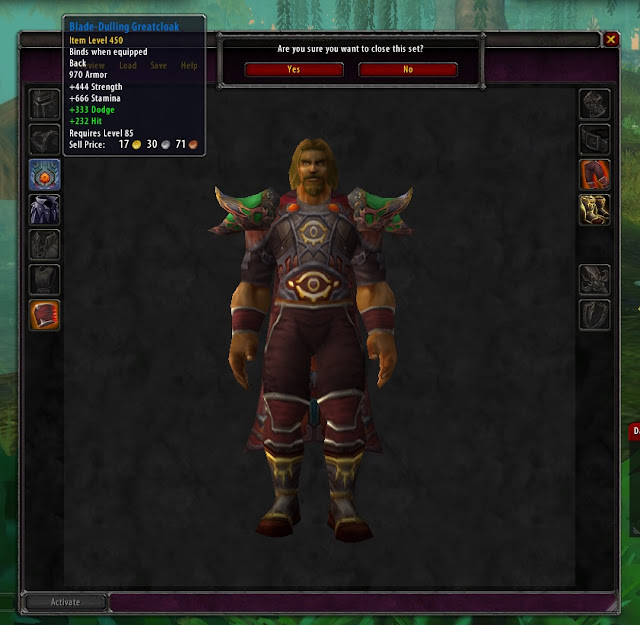 The other morning while Zep was stepping on some bugs, she looked over, and a hunter, Capgun, looked JUST LIKE HER! What?! Someone drank Potion of Illusion to copy her look?! How flattering?! And...she is lovely! It was tough to get a good screenshot, but if you look closely you'll spot the Doppelganger: 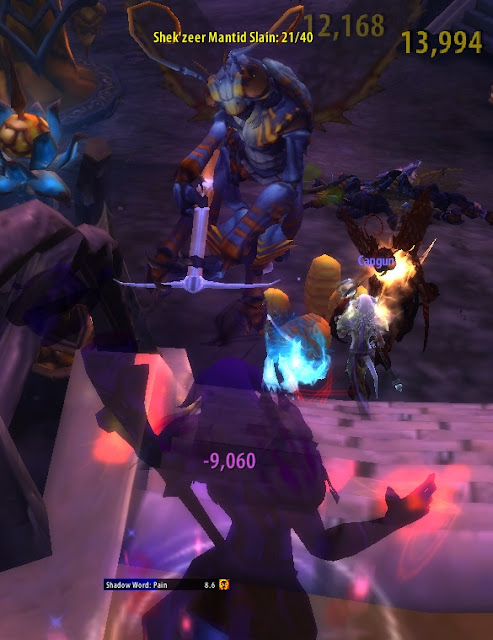 Oh, and recently CD Rogue told Kellda she needs to find some pants: 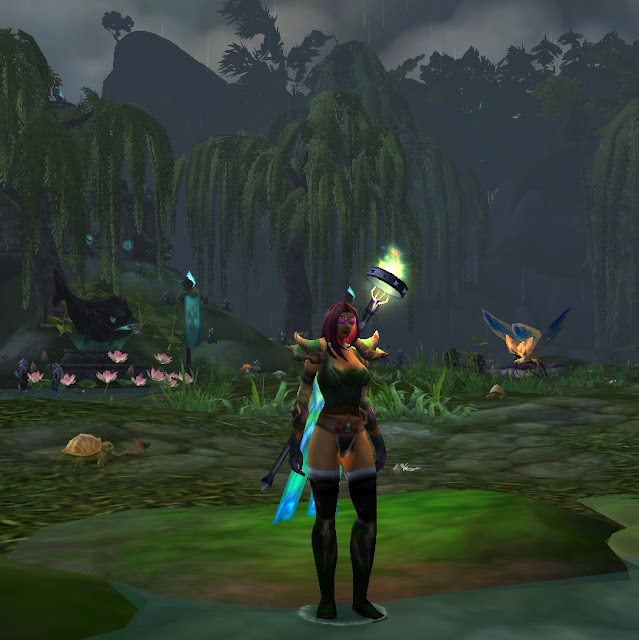 Pants-schmants. Got my stave to keep me warm!