I did it again. Yesterday I had an eye doctor appointment, and I had so many things piled on my desk calendar I didn't see it. Kind of ironic, no? Yes? Whatever. But NO MORE! I am getting it under control, people! I made another promise to myself today I would do these things:

5. Make another piece of Imperial Silk to work towards the 12 needed for a bag -

6. Work on Kaajinn the Conflicted's reputation with Horde guild (she is darling, that one)


But the promise wasn't the doing, the promise was the STOPPING. Navi's post on Raid Exhaustion hit home, not because I'm in her same hooves, er, shoes, but we all do too damn much. She and I do have a lot in common, but I look back and can't imagine trying to work full-time, keep a marriage, small children, school, etc., all going. I can't even get myself to the eye doctor, for God's sake. I take care of legions of other folks, but for myself, my job, etc.? Eek. I was talking with CD Rogue the other night, about that cross-over moment when game times ceases to become a game, a hobby, and becomes an addictive, compulsory act. This blog is not a journal of my play time, but a glimpse into a player's descent into madness. But I gotta say, spending time in Azeroth is a helluva lot more fun than having one's pupils dilated. 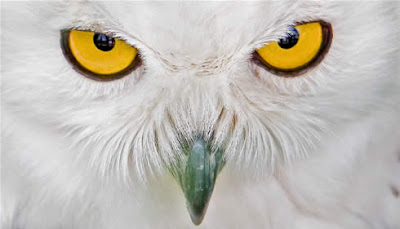 But this post isn't about not being able to balance real and virtual worlds. I did stop, and my stubborn side is not going to log on anymore today. But I did want to crow about a few fun things:

So, some of you noticed I made Zep a Disc/Shadow Priestess. I went into LFR and look at these numbers (yes, I know it's vast buckets of overhealing, but couldn't help myself!) 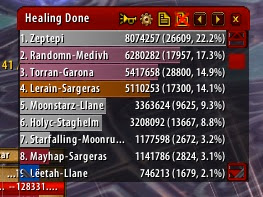 In my sparse research on discipline priests, I came across this phenomenal site:

I still love my Holy specialization, and feel a twinge of disloyalty. But learning knew things and skills trumps ruts any old day, so I still contend it's better to try something new than to not. So far the worst part of giving up Holy is losing my Valkryie death form. Fortunately with Disc priest, I don't die as often.

But today, the rest of the day, and it's not noon yet, I have a full stretch of time to devote to the mundane, the uncreative, the unimaginative: taxes, bill paying, letters, laundry, and lunch. I used to be able to find the zen in those tasks, but it's becoming more difficult. Fortunately, I have some intelligent heroes out there, ready with book recommendations, and Goodreads feeds. I just finished A Dirty Job by Christopher Moore, and I laughted out loud at the dentist's office yesterday (yes, I made it there, but apparently...nevermind). It mentions The Morrigan, a terrifying trio I had never heard of until this novel. If it's not a guild name already I call it! Badb, Macha, and Nemain would be wonderful names for Forsaken Shadow Priests, don't you think?


Found this other image, too:

Oh, damn, now I'm tripping down the art lane - anything to stay away from tax forms!

That damn fist weapon still won't drop for Mataoka. The fact that that is depressing me depresses me. So again, except for some easy dailies, time to stop for a while. The RNGs have turned their backs on that shaman. Not sure what she did to incur their ire. Eff them if they can't take a joke anyway.


*The title, for those who don't know, is an allusion to Terry Pratchett.