If I took a photo of my desk and dining room right now, and you saw the piles, stacks, and disarray I must shovel through today, you would wonder why I am putting off this herculean task of nest-sorting and writing this post. Piles can wait: this series needs to be written when inspired, and never forced. So it is is the paladins' turn in the spotlight. Charging in, brave, honorable, and unwavering. Yes, that's me.

My game friends who lead me to the lore are very important to me. One such friend led me to the short story "Unbroken" by Micky Neilson, which concisely describes one brave paladin's journey from beloved hero to fallen outcast, and return to redemption and respect. I began reading it yesterday, take mental notes because this fully supports another writing project I've had for some time, which is to give Mataoka a family history and more in-depth narrative. The Draenei ties between paladins and shamans is indelibly linked.

I did not know that Dornaa and Norbundo until this morning, and now I know I need to continue her journey/narrative as well.

This film was never completed, but gives a visual to the story:
(There's an odd voice-over in there that seems like the pizza delivery boy walked in the room during recording, but otherwise this is one of many storylines that should be redone. Man oh man, if the folks who made the Mists video redid this one...)

The simple response to the question, "What is a paladin?" is someone who fights for just causes. Now I know why baby druid cub gasps at the thought of Draenei becoming warlocks: it's like saying a Jewish girl should join the S.S. I apologize for the hyperbolic metaphor, but in terms of lore this is a serious issue. And I will attest that it is through our narratives, fictional or not, that we hold up mirrors to our own lives. I still can't really figure out why the trouble began: I suppose it's like any conflict. The refugee Draenei settled near Orcs, all was well, but the evil forces of Kil'jaeden corrupted the Orcs, and there you go. The snake in the grass, the poison in the waterhole, the fly in the ointment:

However, no amount of preparation could keep the draenei hidden forever. Eventually, Talgath—after some 25,000 years of pursuit—stumbled upon Draenor, and reported back to Kil'jaeden.
Kil'jaeden, however, was intrigued by the neighboring orcs. Through his protégé Gul'dan, he quickly succeeded in corrupting them. Smoothly manipulated from a state of wary acceptance into blind rage and blood lust, the orcs attacked the draenei. This bloody conflict lasted nearly eight years, but the orcs' triumph was unequivocal. The orcs killed over eighty percent of the draenei race and sent the rest fleeing for safety to the remote corners of the world. Draenei who had fought the Horde and survived found that they had been affected by the fel energies wielded so freely by the orc warlocks. These draenei have since mutated into lesser forms, resulting in a series of subspecies.
Kil'jaeden's revenge was complete, or so he thought — Velen and a handful of untransformed draenei have survived the destruction of their cities by the orcs and fled to Zangarmarsh. There they have been hiding until recently.

This leads me to a simple question: "How long do Draenei live?" And I found a good forum exchange on this topic:

Now please don't think I'm being classist, but if Draenei can't be warlocks and wield fel energy to their own use and protection, then perhaps Orcs shouldn't be shamans. What!? Gasp! What about Thrall?!

Yes, what about Thrall?

This journey is unfinished. My characters, especially Ceniza, is still devastated over Theramore, though it seems everyone else has forgotten. If you need to remember Theramore, Alliance, have a mage port there and then fall to the ground where Jaina once held court, in a shabby, backwater naval town.

Oh, and shaman healers: I have not taken Mataoka through raiding this expansion. The reasons are many. However, I found Life In Group 5/Vixsin's post on "Best Practices" wonderful, not only in terms of raiding, discussing specifically shaman changes, but the meta-question of "what are best practices?" Best practices is a term I am very familiar with, as I am sure many of you who are professionals in and out of Azeroth. Going to think on this further. (Just add it to the pile, Matty...)

Postscript: Last night, coincidentally, this episode of South Park was on. I can't leave things too serious. 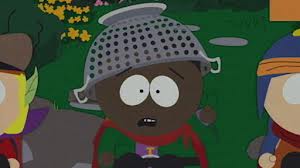 NSFW: The Return of the Fellowship of the Ring to the Two Towers (2002) 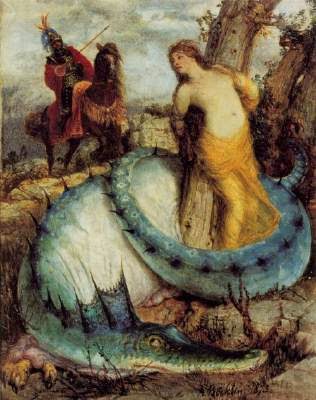 Email ThisBlogThis!Share to TwitterShare to FacebookShare to Pinterest
Labels: I am a paladin...