Welcome to the jungle. 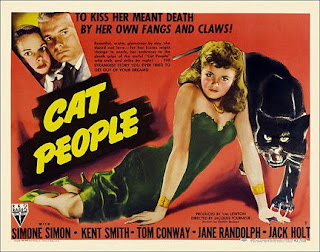 See the time of this post, approximately 5AM PST? That's because I'm infected with a bad case of jungle fever. And I don't mean the Spike Lee variety. Guildmaster got a group together for a run at the new 4.1 Heroic Zul'Gurub last night. It started around 8PM, and I had to, HAD TO, log off around 11:30PM. There were disconnection issues, more disconnection issues, learning the fights (the very bestestmostfunnest part) and then there was fire. Lots and lots of fire, or its facsimile. That I stepped in. A lot. Was told not to. But I didn't listen. It was like playing in a giant sandbox of fun and crunchiness, and I kept finding all the cat turds. I only got through, what, maybe 4/6 of the bosses, didn't get to finish (sad unsmiley face) because of real life responsibilities, those same responsibilities I may not be able to face or render because quite frankly, I don't feel so good right now. I think my mojo has been drained, and those trolls' voodoo dolls are working overtime, sticking pins in my homonculus' tummy even as I write.

In any case, here are some things I learned (besides fire bad, which I knew, but in trying to be my "one shammy-size fits all" and hitting cleanse, healing myself, etc., which didn't really work out so well, I quit being good at anything towards the end of the night):


I am really looking forward to many successful runs with the guild on these, but not so much in PUGs. There are some complicated mechanics, at least for me, and I really want my guild's guidance and support. They were quite patient with me last night, but I don't want to try that patience too much. When I start getting tired, my fingers turn to sandstone monoliths, crumbling and clumsy, and my DPS skills melt. And as much as I hate to confess this, perhaps by writing it down and exposing it, owning it, one of my worst mistakes I made a few times was due to my big mouth. (Friends gasp in mock surprise!) I would be talking to a buddy with tells, and then accidentally reply to them while trying to hit a spell, and look over in horror as I would see the pink* 25565323424623 etc. (or something like that) stack up, my tail just dipping and dripping in junk and fire. Almost wish my beautiful little Mat avatar would jump through the screen and slap me.** Erase, hit return, and then, too late: gagging on goop and gore, I'm dead. (Oh, like you've never done that.)

But trust me, my fellow heroes, I will learn and do better next time. I can make this vow because I am a reflective player, and that's not a bad buff.

So, I'm going to go heal myself in real life, and then if I have time later, refill the bags with food, flasks, and bandages, because I pretty much emptied out my stash last night, as would many who were fighting Jamaican-accented trolls for a few hours.

Theme Song: I wan'na be like you- The Monkey Song/JungleBook
Nod to priest/warrior friend (thanks for this link!) WoW RHCP
Of course Buffalo Solider/Bob Marley

Vague Overview: Heroic Zul'Aman Guide
Zul'Gurub: Walkthrough
*My typeface color is deep pink. Whatever.
**GTFO wasn't working due the patch, my "you are too stupid to play this game" add on, but endorsed by Guildmasters everywhere. Well, DBM is anyway.
Posted by Matty at 5:37 AM