Mat is not, repeat, NOT, having an identity crisis. Her human may be, though. 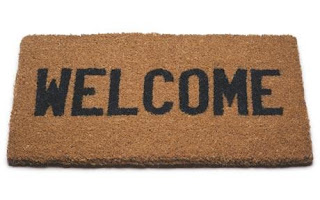 You may find the use of third person omniscient voice in this narrative may be a bit weird; and, I, writer, have thought that from time to time, too.

Aside from that, getting to know the dynamics of a group who's been working together for some time is tricky for anyone.  As the rounds of introductions are being made in the new guild, leader has decided that "Mataoka" is too tangled (this is all in Vent, by the way), "Mat" makes him think of dudes, (and apparently cross-dressing Draenei females are not as appreciated), so Mat's name is transmuted to Mathilda.

Now, it's all in good fun, but human nor toon is a "Mathilda."

But that's an unexpected consequence of having others step into a narrative.

So, perhaps it's time to give a brief background check into human's toons' names (Note: perspective, point-of-view abrupt switches happen suddenly and without explanation):

We've all looked ourselves and others up and down in the armory, too. Come on. You know you have. Admit it. And when you check the name rankings, it's interesting to me how many other players share the same toon names. Mat shares her achievement rankings with a few under-20 level-something Tauren girls, and otherwise, remains fairly firmly ensconced as the queen of the Mataokas. There are a few more Lupercis, and quite a few Zeptepis. (And I thought I was being so original--nothing new under the Azerothian sun, eh?) So if there are many incarnations of your character, and you've reached some top rankings, that's quite an achievement indeed. You could be like me and name your toons silly, unpronounceable names, and be at the top of the list without much time or effort.


To that end, as we're all getting past the "My Name Is" meet and greet phase, I promise to:


* not to refer to myself in third person during play --I've tried not to do this, and don't plan on starting now, especially knowing how annoying, weird, and bizarre that would be to other players. That being said, all bets are off if it's a "/me (orange) Mataoka  (space) taps her hoof impatiently" emote. Okay. Wait. I don't promise I won't use third person for emphasis sake, but how about, "I'll try not to annoy you?" vow?

* keep my sense of humor. If you want to call my shaman Mathilda, fine. I'm over it.

*try to show up, on time, to events, just as I try in real life, to be punctual, prepared, and pugnacious (always ready for a fight, if need be). But if you call on me last minute to get my tail somewhere, just know I do move as fast as I can. There are some real life obstacle courses in the way, though, on occasion.

Postscript: Need more ponies.
Oh: Why does Billy's voice sound a lot like Mr. Bill's?
Posted by Matty at 8:54 AM