Mr. Snerguls edited the content, and has now made it safe for public consumption: 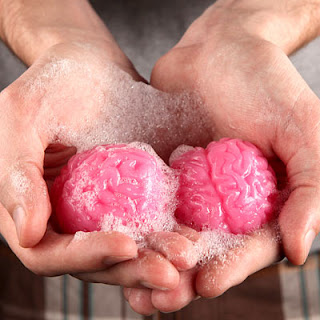 We may not like the RNGs and how Blizzard structures things on occasion, but no one can accuse them of not using a wealth of literary allusions. Get out your SparkNotes, kids, or for us older folks, Cliff Notes.

Rime of the Ancient Mariner by Samuel Taylor Coleridge

How a Ship having passed the Line was driven by storms to the cold Country towards the South Pole; and how from thence she made her course to the tropical Latitude of the Great Pacific Ocean; and of the strange things that befell; and in what manner the Ancyent Marinere came back to his own Country.
PART I
It is an ancient Mariner,
And he stoppeth one of three.
'By thy long grey beard and glittering eye,
Now wherefore stopp'st thou me?

The Bridegroom's doors are opened wide,
And I am next of kin;
The guests are met, the feast is set:
May'st hear the merry din.'

He holds him with his skinny hand,
'There was a ship,' quoth he.
'Hold off! unhand me, grey-beard loon!'
Eftsoons his hand dropt he.

He holds him with his glittering eye—
The Wedding-Guest stood still,
And listens like a three years' child:
The Mariner hath his will.

The Wedding-Guest sat on a stone:
He cannot choose but hear;
And thus spake on that ancient man,
The bright-eyed Mariner.

'The ship was cheered, the harbour cleared,
Merrily did we drop
Below the kirk, below the hill,
Below the lighthouse top.

The Sun came up upon the left,
Out of the sea came he!
And he shone bright, and on the right
Went down into the sea.

Higher and higher every day,
Till over the mast at noon—'
The Wedding-Guest here beat his breast,
For he heard the loud bassoon.

The bride hath paced into the hall,
Red as a rose is she;
Nodding their heads before her goes
The merry minstrelsy.

The Wedding-Guest he beat his breast,
Yet he cannot choose but hear;
And thus spake on that ancient man,
The bright-eyed Mariner.

And now the STORM-BLAST came, and he
Was tyrannous and strong:
He struck with his o'ertaking wings,
And chased us south along.

With sloping masts and dipping prow,
As who pursued with yell and blow
Still treads the shadow of his foe,
And forward bends his head,
The ship drove fast, loud roared the blast,
And southward aye we fled.

And now there came both mist and snow,
And it grew wondrous cold:
And ice, mast-high, came floating by,
As green as emerald.

And through the drifts the snowy clifts
Did send a dismal sheen:
Nor shapes of men nor beasts we ken—
The ice was all between.

The ice was here, the ice was there,
The ice was all around:
It cracked and growled, and roared and howled,
Like noises in a swound!

At length did cross an Albatross,
Thorough the fog it came;
As if it had been a Christian soul,
We hailed it in God's name.

It ate the food it ne'er had eat,
And round and round it flew.
The ice did split with a thunder-fit;
The helmsman steered us through!

And a good south wind sprung up behind;
The Albatross did follow,
And every day, for food or play,
Came to the mariner's hollo!

In mist or cloud, on mast or shroud,
It perched for vespers nine;
Whiles all the night, through fog-smoke white,
Glimmered the white Moon-shine.'

'God save thee, ancient Mariner!
From the fiends, that plague thee thus!—
Why look'st thou so?'—With my cross-bow
I shot the ALBATROSS.


Tome mentions in her post today that killing an albatross is bad luck; I had forgotten that particular detail of the poem, but just remembered an albatross is a symbol of a great burden to bear.

It is a work that has stood the test of time, and those Blizzard writers are getting their money's worth out of those English majors, that's for sure. Which reminds me: this story on NPR the other day depressed and enlightened me: Why Women Choose Lower Paying Jobs. I have my own albatross to bear, and it's called Student Loans.
Posted by Matty at 8:44 AM