Today's Random Tuesday Morning Thought is sponsored by Random Number Generator: "when you absolutely, positively have to have it: we won't let you. ™"

Driving young cub to school yesterday morning, he bravely, but resoundingly, told me my chances of getting the Horseman's mount were slim to none. It involves real math. This conversation inspired him to consider taking Statistics, which I strongly encouraged because who knows what I might have become if a young Matty had taken stats and physics instead of art and, well, art? I could have been somebody: I could have been a contender. Or at least earned a comparable salary to my years of degrees. ANYWAY.

Okay. Back to math. (And why does British English call it 'maths?') Turns out, there is a big difference between decimals and percentages. Consider the only source of drop-rates I could find was from 2008, which provides a .5%. Now, if it were simply .5, that would be pretty damn good, because it would be 50%.  But it doesn't say that, it says this: 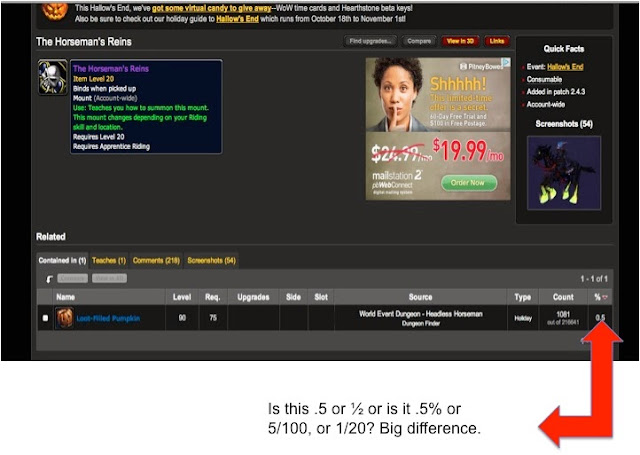 I do not feel confident this early to share my math noob-ness. I used to be pretty damn good at it, until I got a gin-drinking Algebra teacher in 7th grade who reflected upon his life behind a newspaper while I sat bewildered. Hope he got it all worked out. But I can't blame him - but I can blame the RNGs. For "fun," (I really need to work on my definition of "fun") I have been keeping this chart of my horseman runs: 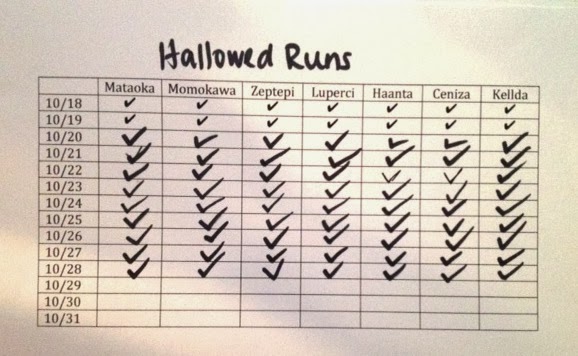 So far I've gotten 3,456 candies, three troll masks, one Horseman helm (on my druid, ROCK ON MOMO!), a few sinister swords, and a few razor blades in the apples. To date, this is 77 times. By calculations, I should have gotten the horse 38.5 times. But alas, no: 3.85 times. But where is my pony? No where. Ponies don't do math. Nothing to lose a head over, I suppose. Godmother has done a lovely job discussing rewards, and has thoroughly analyzed everything Azeroth. I can't even get my calculator to work right or remember third grade math.
Here: let's look at some pretty Draenei: 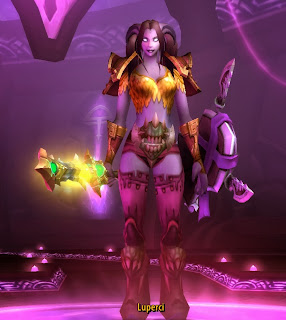 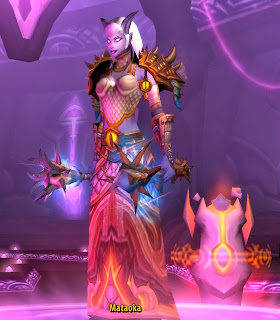 It's okay, chicas. I won't give up on you. You'll get your pony.