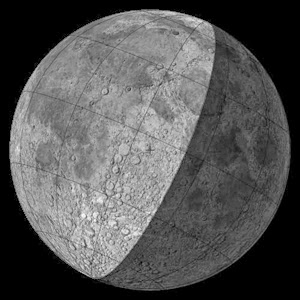 At its inception, and subsequent generations, the faire traveled the globe. Its location shifted depending on an unseen tidal schedule. Recently, however, it stayed in one fixated point, but its inhabitants’ presence transitioned by the phases of the moon. No one outside of its time knew where the inhabitants went, and no one inquired about the welfare of the beasts, live cache of pets, fate of the itinerant dancing bears, and proud flightless running birds. See no evil, speak no evil conscripted the population. If they had known what the animals did after the faire workers left, perhaps an eruptible protest would have been heard 'round the land.

This denizen survived in a hierarchy of power all their own after the carnies, vendors, coin sellers, and performers blended into the routines of the outside world (you might be walking next to one now and not even know it: look for the singed fingers of the fire juggler, or the smell of burnt sugar on a pastry hawker). These leftovers, squatters of sorts, remained unclear of their own motives. However, no one considered leaving the faire, and what may have been an unwelcome accident of logistical neglect transformed to compliance. It was easier to stay, and wait out the phases of time. The ropes were untied, but the beasts felt the phantom chains.

In this cloaked world, the wolves of the forest survived for eons prior to the arrogant discovery by the faire workers and owners. The colonialism of the fairgrounds only added to the success of the wolves: more two-legged creatures equaled more food, more food meant more rats, more rats meant more cats, and the crows just laughed at them all. There had been some two-legged ones who lived and fished near the ocean side, away from the dark forests. When faire owners claimed the land, those few aboriginal folks put up a fight, and now resided permanently in rusty cages hanging from trees. Carnies took pride in providing ‘wishes granted’ as a premium service. They wanted to stay forever, so stay they did.

The currency of the beasts depended on a tithe of blood and meat. Those creatures that ruled the faire three-quarters of the time maintained strict accounting practices. That is how the green-eyed tomcat came to be the king of cats: his ambassadorship between the wolves and the sea, holding dominion in the central grounds. He knew the right words to say, the timing of political skill to keep the wolves pleased—if he kept the wolves under control the faire monthly opening would provide more food for all, and if he kept the faire grounds maintained (by disposal of rats and mice) the other three weeks, he could safely survive if the wolves broke treaty. They only had few demands.

It wasn’t often a new female cat arrived. The last few felines kept hidden with their litters in warm tunnels burrowing under the carousel. Mrs. Whitworth saw them mothering their kittens with dutiful care. She felt minor disgust, her human soul unresolved. Before now she never associated with any cat, domesticated or feral. Her weak magic couldn’t bring her back to her former self, but she was aware enough to know she was safe and warm at the girl’s. A cat could be pampered: her human mind kept her entertained.

She steered clear of the carousel, and instead she and the tomcat spent most of the time taunting the old dusty bear, or trying on human robes from the vendor’s trunk.

“Who did you love before you met me?” he asked, wearing a green sash around his eyes.

“You presume too much, sir. And that is not a question one asks; besides, your kittens are calling you.”

He just laughed. “You’re presuming a bit yourself.”

There were a few bloodied fresh mice; and as always: One for the others, and two for herself.