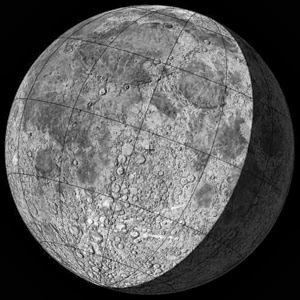 In the midst of a memory, in the making of it, it burns upon consumption. Mrs. Whitworth never committed a treasonous act in her life to understand this truth before now. Others deserved betrayal of hearts, but not she. Getting rid of the bother, the scraping off from one's claw or foot, this comforted her. Sentimentality bled under her sarcastic shield.

But to feel as if her insides tossed and pulled without a single touch, felt in a place where no one spoke common tongue, the unfiltered, raw meat in her mind, overcame ego, and conquered self overtook her nature. This was no settling moment, no 'there could be better' -- this was urgency. Demonic. Feral. She lost words, but know she spoke. She lost control, but know she moved. Later she would recall with resigned frustration, peering over the edge is the same as jumping. This irreconcilable truth preyed her for a lifetime.

It wasn't for months later she realized the tomcat carefully showed his right side to her. He walked sideways to her, maneuvering to never show his back left flank. So deft in his movements, the scars revealed nothing. As he walked her through the fair ground devoid of two-legged creatures, but with more life and substance that she noticed with the girl. He showed her everything, revealed all he wanted her to see: he led her to the forest.

When she thought of this time, she resigned to the struggle of remembering fuzzy highlights, things that seemed insignificant now, but if brought back burned her: the smell of frying butter and fat, lavender and stink weed, and salt. She always tasted salt.

The girl, though, sleeping, saw the night through the cats' eyes. And there is a place in the mind that is not a dream, but not awake...the girl...
...the girl
felt the shadow
rest behind her spooning her
back warm
warm
searing cold heat
a void
of what wants to be there
(      )
but once did
and let in the window
fastened fasting feast

The girl hugged her pillow, and put one against her back; a mimicking fortress.

In the forest, he said:
"I will make a promise," he said to her, next to her, warming her. "I  will never cause you pain."

She believed this was true.
Posted by Matty at 6:00 AM