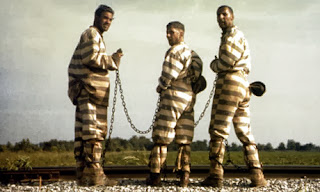 "Ulysses Everett McGill: Say, any of you boys smithies? Or, if not smithies per se, were you otherwise trained in the metallurgic arts before straitened circumstances forced you into a life of aimless wanderin'?"

Dear Matty:
This story is as old as Azeroth itself, but I still need your advice. When it comes to leveling professions, no one can beat me because of my many characters. When it comes to making gold, however, I am shamefully bad. I've put my professions out there with trades of skills in exchange for gold or materials, but this last time a deal went quite sour. What do you recommend a player to do to make gold and use one's professions wisely? I have had many fair,  honest exchanges with players where we both end up in a win/win. But Matty, when something goes wrong, it really goes wrong. What do you think? How do you make gold or handle professions?

Dear Professional:
There have been so many times I've witnessed in Trade, (which one would think by name alone, "Trade") that would be the place to advertise one's professions, and a reasonable exchange of goods, services, and wares would take place. And yet, players will deride one another, trolling and quibbling about the prices the professionals charge for their wares. We get annoyed when others undercut our items in the Auction House, as we should, and unless there is an unwritten price-fixing agreement, the economics of Azeroth are as complicated as any nation's budget balancing. Or not, as the case may be. Add rarity, farming time, and the maddening cool-downs and chancy procs to the mix, and we are left with a confusing pile of unseen labor costs and frustration. No wonder we try to keep things fair and honest: it's too much work to add deceit and larceny to the equation.

But the thing to never, ever forget is that many players treat in-gold game as, or even more, seriously than real-world money. Aside from the fact that this scares me, it affects the relationships and psychological well-being of players. Don't think this is a real thing? The millenials have been raised on a steady diet of 'blingblingbling' noises, sucking at the teat of the gaming slot-machine lever. Is there a correlation to stories like this? Man-oh-man, that would be quite the thesis, but I'm not up to the task now.

So, you want my two-cents? Here you go (this advice is on loan from Shakespeare, who probably recycled it from someone else):

Polonius:
Neither a borrower nor a lender be,For loan oft loses both itself and friend,And borrowing dulls the edge of husbandry.Hamlet Act 1, scene 3, 75–77

Just make your goods. Sell them on the Auction House. Use your Smartphone's remote WoW app Auction House feature. And for gods' sake, if you ever enter a deal with another player again, take screenshots.

Caveat: if you have to take screenshots of a deal, it isn't worth it.


Send Lawyers, Guns, and Money
Posted by Matty at 6:56 AM