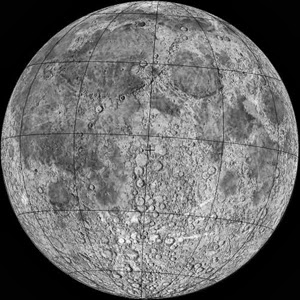 She smelled the meat before she saw it: three mice brothers, lay whisker-to-whisker, fanning out tails in an array that could only suggest intentionality. Someone left them for her. Gobbling them up, the mice were fresh, still warm. Over three days, she continued to find greater offerings, all creatively displayed. Each kill was precise, and plentiful.  Her unseen benefactor certainly was generous, she thought, but she felt disquiet nonetheless.

Mrs. Whitworth could now sleep with a full tummy, but that was only one problem solved: the way home was still hidden, and the wolves in the forest howled. Above her fitful sleep, the sky could barely tether the moon, precariously leaning forward, the snarled rope clamped to the sky's fabric fraying from its weight, so full and round, like a sticky, chubby toddler on a leash. Its moony face glared at her, noticing her rare comfort. The light caused all encompassed in a dazing bright fog, for cats’ vision is not as her human vision once was: it is sharply-edged mist, deceptively cutting.

Another blocked the moon’s face. A halo around the fur caused a monstrous effect, so to her terrified mind all she saw was the moon eclipsed by a giant panther-god with flinty green eyes. She flattened herself prone in front of it, digging claws in to slither backwards, repelling down the mountain of the ground in fear. The beast took one move to the left, and she realized it was only another cat, like her. Just a cat. The air filled with his scent: heat, smoke, earth, and shadow.

The tom absorbed the light. Where he crouched, the chiaroscuro etched deeper, the ink of his coat sank in the grooves of his pelt, with no master engraver buffing or smoothing to show the clean plate for contrast: he spilled into the niches, filled the gullies around him, taking up all the space and time. The moon full tsk-tsked, clearly upstaged, and pulled back on its cord to the night.

“I startled you; my apologies.” In the motion of a plump cherry dropping from a tree, rich and sweet, he lowered his head. “Your name, please madam,” the tomcat asked.

“Mrs. Whitworth,” in a clear but small voice.

“A missus? There is a mister, I presume? What a lucky sinner to have such a fine female.”

“No one ‘has’ me sir. He’s long dead,” she replied finding her usual conviction of self.  “And you, sir?”

“You will have no need of it: I can be found when you want me.”

Love, Lust, and Infatuation lingered at the fair, too, on a holiday, while the wars raged, and other entities held sway. They witnessed the two meeting: Love looked away, pretending to see something of interest behind the shooting game, Lust just laughed, and went to find some food. But Infatuation stayed to watch: Infatuation always lacks manners.
Posted by Matty at 7:46 AM