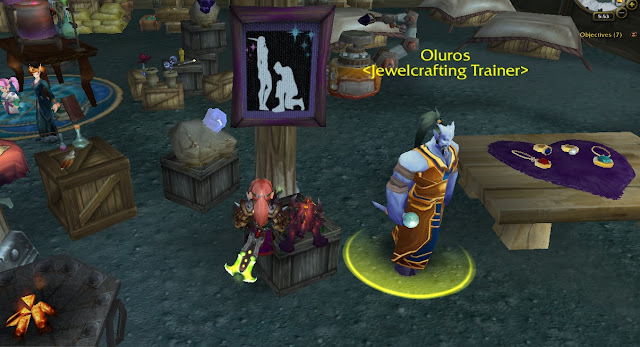 The tiny gnome shuffled along the cobblestones of the tournament grounds. In her former life, all she could remember was a garden full of sungrass, and giggles from her sisters. She realized she was a Death Knight now, but her existence was incongruent to her nature. She readjusted the heavy sword on her back, endlessly slipping and scraping the purposeful roads. By the jeweler’s wares, an advertisement: a handsome male on supplicant knee to a lithe elf female. Promises spoken, and options weighed: To say yes, or to say no?

She longed for length and strides, and a bended knee.
Posted by Matty at 8:00 AM

Email ThisBlogThis!Share to TwitterShare to FacebookShare to Pinterest
Labels: drabble