I asked JD's permission if I could post my own variation of the Mogolympics' entries after others are published. The entries for the cyclying event were very Sturgis-inspired (and I thought this long before reading others' comments and observations). I have many friends, women in fact, who ride, and ride to Sturgis. leather-clad mommas who have found freedom from the mundane on their very own Harleys. That's awesome. But my interpretation of Olympics-inspired cycling was much more Tour De France than Tour De South Dakota. Perhaps I was thinking more of the Fremont Festival Solstice Parade, which I have mentioned before: (Not safe for work!? Heck! Take it to the streets!) 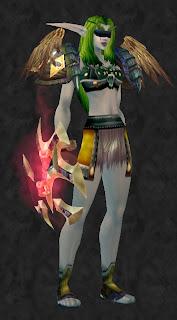 You may not care for this ensemble one bit--that's fine. And that's what I would like to tell all the entrants of Mogolympics. Every single one of you did a great job. Every single one of you spent time doing something you enjoy doing. You may think the use of the spinning fist weapon silly, but I love it. Momokawa looks like she's ready to fly on her bicycle.  And isn't that what we all want to do? Just fly away sometimes?

The music in the video clip is 'Popcorn Andino' by Chicha Libre.

I love this song: Lenny Kravitz: Fly Away
Posted by Matty at 7:26 AM