Neri Approved, and so did you!

Guarf was not an early riser, unlike the majority of his brethren. He much preferred the night owls and more interesting creatures who lurk and prowl between the witching hour and intrusion of dawn. But this morning, he knew Matty would need some cheering up, and gave her the good news:

She had successfully represented her pride in her adopted clan--and won the Neri Approve's Faction Pride for August! 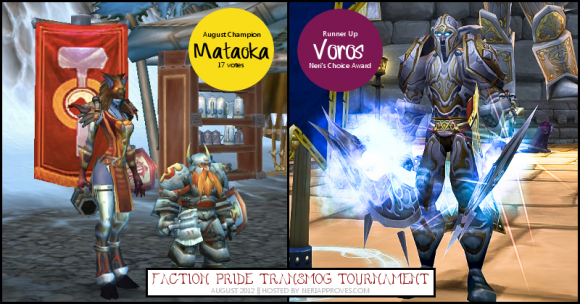 She is happily sharing the podium with Voros, Neri's choice for this month, who is a formidable Death Knight indeed.