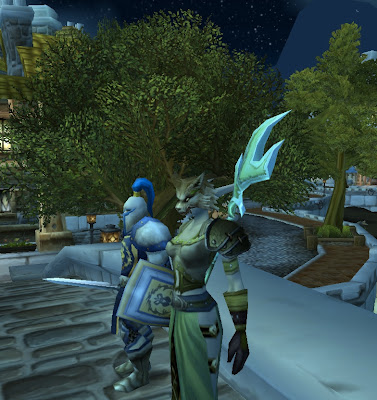 Have you noticed this trend, or maybe it's just me...

While leveling Momo, I look at every BoE piece through a different lens: the Chanel rose-colored glasses of Transmog. Yup. Everything I look at I wonder who of 'my many girls' could use it, (like some kindly madam of a house of ill repute), or if it could go for a chunk of gold on the AH. And yes, I have asked other players for stuff, and sometimes they could not care less, and sometimes they chime in in agreement.  Some are a little hostile about it, and aggressively disenchant without care or caution.

But this brings up the issue of ninja...or puts it in a different light, perhaps. During one of my many runs a warlock, at the bitter end of Dire Maul, needed on healing leather bracers, which were quite an upgrade for Miss Momo. I asked him politely for them, and he said, Naaah. Yes, I did report him, the first time I have ever done that. It was blatant and unequivocal loot theft. But then tonight, while in LFR, Zep won a great necklace for my SP/OS. Now, let me tell you--whenever LFR came out, I've run it on her every week. She still needs leggings, and has very few OS pieces. A player asked me for the necklace, and then proceeded to open a trade chat window about ten to fifteen times. At what point is it perfectly reasonable to run an LFR and need on an OS piece that well, one needs?! The thing is, we have two specs for a reason--if gives many of us enjoyment to play different sides of the same character. And then the button on the shirt was tonight: 'Momo' needed on the leather helm you see above, and the hunter called her a ninja. Now, I took a tiny bit of offense for that. I asked the hunter (knowing the answer) weren't they a mail wearer? Yes, and leather. I said right, just like MY hunter and shaman. The thing is, a hunter/shaman is not going to want to wear leather for transmog once they can wear mail. If he wanted it for that purpose, there are other ways. Also, I mean, damn. 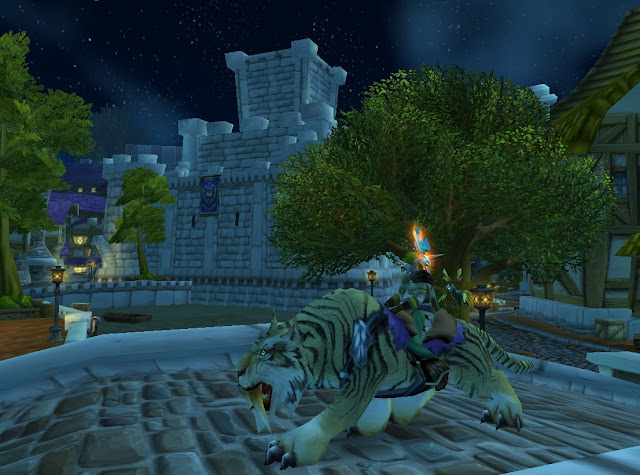 So, here are my questions: Has the advent of transmog changed the way you see loot now? What do you consider the 'new rules' of loot distribution? I think players have a knee-jerk reaction to loot needs and call anyone a ninja out of hand, just because someone is lucky. I am asking this: let someone be lucky. It is so rare in this world, inside and out, and if the helm fits, wear it.