The Priestess and the Dragon 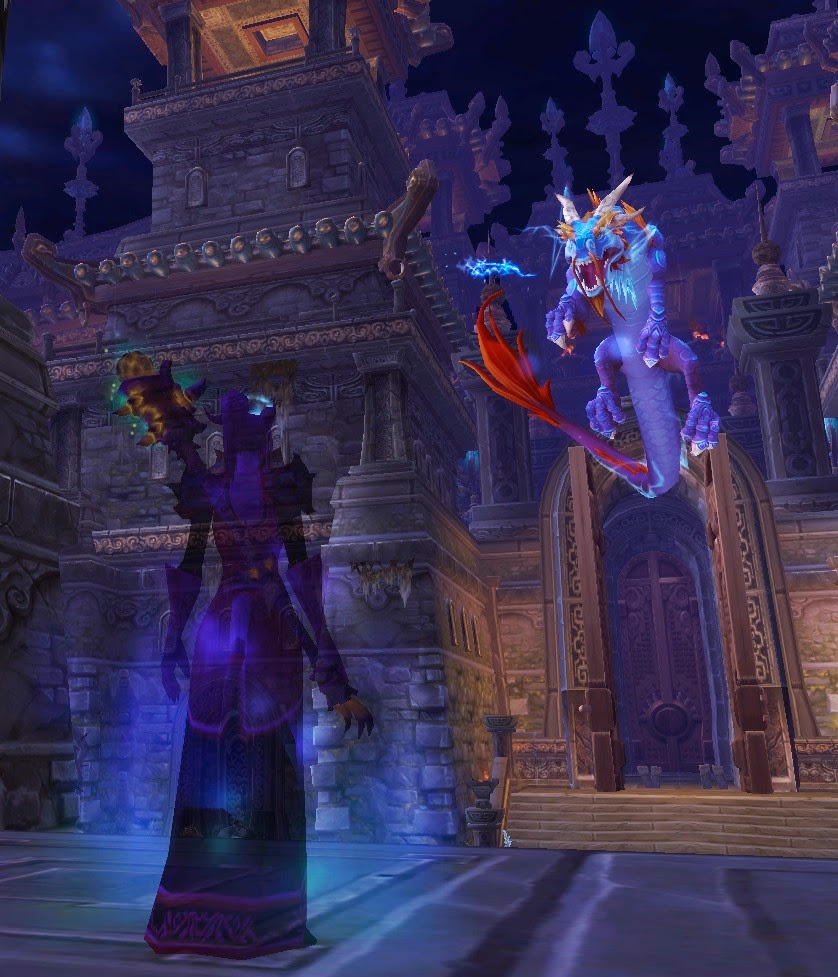 Sometimes a good deed is rewarded (but don't tell karma that--it'll try to balance something or other!) Zeptepi the Gentle One is at the point in the Wrathion cloak quest to destroy Nalak and stab him with a spear. For Mataoka, that was easy - there were plenty of stalwart champions on the Isle of Thunder, and for Kellda, also easy, because well, she's Kellda. She didn't solo it, but there were a few and she's just mean enough to be lucky. (Luck is afraid of warlocks, didn't you know?)

So now for Zeptepi - she knew she would not be able to do this alone, so she put the call out to her intrepid and patient friends: Repgrind, Tome, Breige, and Taikuutta all came to the rescue. She saw that a rogue was on the isle, and told him what was afoot, and he was very grateful, and not only came, but brought his tank and another healer friend. 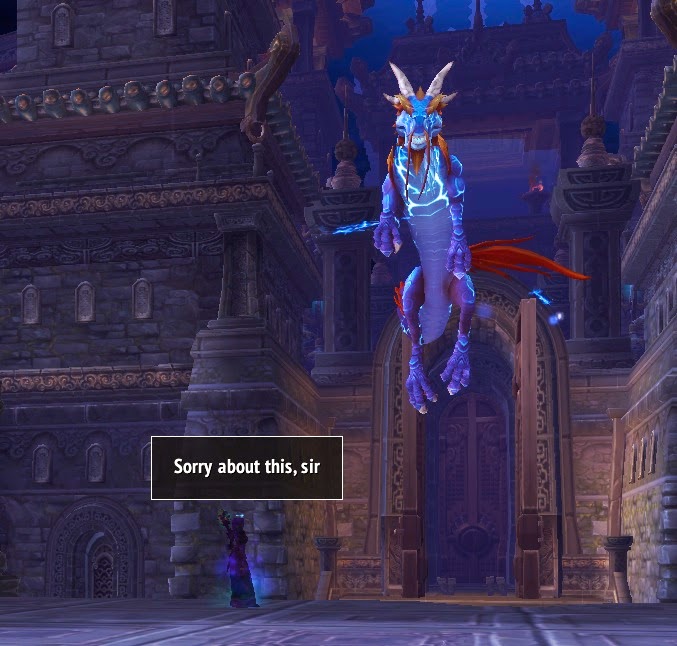 Three healers, one tank, and two casters…it took a long time to bring that dragon down, but success! Now onto the slog that is LFR and obtaining the twelve Titan Runestones…and the final fight…and and and…never mind. One dragon at a time, dear Zep. One dragon at a time.

Now for some ephemera:


And Cymre has a post about one of my favorite Disney princesses, and I think she has a great idea - we need more off-hand weapons, so here's my contribution: 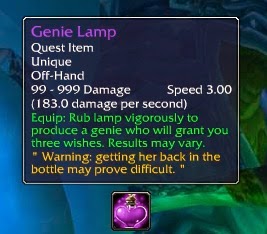