This is a long-out-of-Azeroth post, relatively, another Random Tuesday Morning Thought that is going to be all over the map. Hey, I warned you in the title: "Random."

It's totally fine, though, because I have a lot to do this morning, but first --writing.

I am going to concede that it is time for me to start reading patch notes. Like a sweet summer romance that is coming to an end, all that I am left with are a few hickies and a sunburn from Deathwing, and it's time to look forward. But this begs the question: How much should I adjust the view distance details, and how prepared can I be? (Side note: wouldn't that be great if we could do that in real life? Adjust the graphics to see more details in our futures either more clearly, or more obscured, depending on how much we wanted to know?)

Erinys at Harpy's Nest is weighing out her thoughts, here: Choices. It's about looking at characters we love to play, and how much they will be gutted or gussied depending on your point-of-view. I like Erinys' use of the word 'choice,' because even though Blizzard may seem to take many choices away, we are still in some control, right? Aren't we? A little bit? 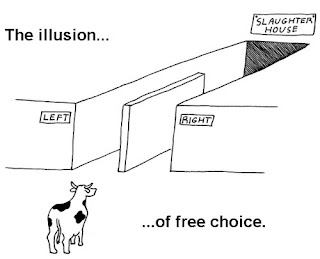 The thing I am feeling is no where near the funny post Bear brought to my attention at The Daily Blink: Forum Raiders in Real Life. I do not have a sense of this extreme satiric entitlement, but...
...but...
I do feel, sometimes, sometimes, that because I know some (game) designers forget to ask, "How can we make it fun?" and focus on "What can we make the player do?" I feel a bit taken for granted. Subscription fees add up to a whole lotta lattes for this girl, but I still love playing. I just don't know who is going to get the 'love' first --most likely The Most Beautiful Shaman in the World, and then I don't know who--probably the girl who has the prettiest spells. Matticus has been writing alluring posts about priest changes, and if he can make a stumpy Dwarf look sexy while healing, imagine what Zep can do....no offense, sir, that was my attempt at a (back-handed) compliment...


This is a taste of the information one of my guildmates has been saying in Mumble-chat. He firmly fits the Mentor role in our guild. Guarf used to do that for me, but Guarf--where are you, Guarf? I know, I know- thanks for checking in, by the way.


But of all of those guild archetypes, I don't know where I fit in. I'm not the "mom," I could not care less, really, if you have a boo-boo, and unless you are directly connected to me I'm not going to do much about it (not the nurse type); I'm not the "optimist" (Ihateanimals is clearly that) but I get close, and I'm not the "Connected Guy," although I have also come close --which leads me to:

Yesterday Mr. Guildmaster NicePants asked me to help with guild recruiting, which of course, I am happy to oblige. I tried to get us a warrior tank for our Team II, which is a great group of folks, but that --well, let me just say his loyalty to Kaylyne is a sign of a true gentleman and great guy. I am proud to know players like Kaylyne, who know good folks like this warrior. So, his loyalties and commitment had to stay where it was.


Our recruiting advertisement reads something pretty normal, like "Lost Soldiers of Darkness, seeking DK/Warrior Tank for Team Two, Raids Mon/Wed 7:30PM Server Time," etc. I wish I could spice it up:


--if you join our Team II, you will get to play with really nice and funny people, those who will move into MoP with a minimum amount of nerd rage and no drama, and who value punctuality* but are still cool...


--if you join our Team II, you may have found all that you have been seeking...


--if you join our Team II, Matty will run your alts through dungeons...(maybe)


*Punctuality: Last night was our normal raiding time, but folks seemed to have forgotten. It was fine, because I talked some of the guildmates who were there into running the Cata Dungeon Hero ones. Almost had Vigorous Vancleef except for the tragic demise of our priest, but I didn't die in the maze, so it can be accomplished. We also did a Zul bear run, and again, rolling an awesome "5" well, yeah, you see what happened there. No bear for Matty.


What I predict will happen is when MoP comes out, many players will be either scrambling for a spot on a raid team, or reconnecting with their current guilds. We really are seeking what I hope is not an impossible role -- someone who knows the game, wants to have a set time to raid, and is willing to listen and learn, and contribute. And who knows how to take a punch.


Theme Song: Whole Lotta Love/Led Zeppelin (I like this one)
Posted by Matty at 9:00 AM