If anyone has read anything on education in the United States since George Bush was President, and enacted "No Child Left Behind," (or as some folks say, "No Child's Behind Left") you know that the movement for standardized testing has been the central focus since the early 2000s. The goal was to have every child, no matter English proficiency, or special needs, or background, pass the state tests based on Federal Law by 2014: 100%. (A statistical impossibility, but hey, who needs math?) Since the implementation of the law, it has morphed and transmuted to Obama's educational secretary, Arne Duncan, who re-branded this to "Race to the Top." In 14 years, parents, teachers, and administrators have "taught to the test" in three different packages. In Washington State alone, there has been the WASL, the MSP, and now the SBAC (which reminds me of a VBAC - ouch, and look it up). Look at the acronyms! JUST LOOK AT THEM! Like jewels of knowledge, my precious, precious rings...one test to rule them all! Sorry, parents of an autistic child, or shame on you, African refugee who's been in the country two weeks - sit down, take this test, and prove yourself! (I promise you, no hyperbole was abused in those statements: these are facts, not opinions.) Meanwhile, as the nation's poverty gap* widens, the educational dollars sit fat and comfortable at the top (did you know the superintendent of one of the largest districts in Washington State makes more than the governor?), and the nation wrings its hands and bemoans that Little Johnny still can't read (while his mom looks at her i-phone instead of reading him a story, or pointing out the red firetruck, so he goes to kindergarten not knowing the color 'red').

The reason I bring this up is because Godmother (http://www.alternative-blog.net/2014/02/games-without-frontiers.html) and WoW Insider (http://wow.joystiq.com/2014/02/22/warlords-of-draenor-proving-grounds-will-be-required-for-heroic/)  both discussed the gate-keepers for heroic play in WoD. I just can't help but feel this is standardized testing, and I have some mighty mixed feelings. I do not mind that countries have educational standards: I don't know about you, but I want to go to a doctor who knows her stuff, or an auto mechanic who knows hers, too, and fixes what needs fixing. But change for change's sake is dangerous. I love the concept and play of the providing grounds, but for ME, and like a standardized test it still requires me to go watch videos and study outside of "school hours." Nerfs and changes to classes happen constantly, so once we begin to get comfortable with spells and movements, something changes, and somehow we are thought to be 'bad players' if we didn't adapt yesterday. As far as this gatekeeping and 'you're picked last for the team' concept: I kind of, sort of, don't mind, but, kind of, sort of do. The thing that stood out for me was if a player is in a guilded group, or already runs with a steady group of friends. Well thank the gods for the OLRG, but aside from that: SHEEE-IT. The drama and issues of most guilds takes up reams of bandwidth. Everyone knows those issues, and are better documented than an NSA agent stalking an old girlfriend. Thank you, no. I realize Blizzard is trying to cater to what they perceive as a wide variety of players: the elite and the non-elite. I always maintain that this binary thinking leads to standardized mediocrity and acrimony: try to make everyone happy, sometimes no one is.

But I am going to do my best not to become overwhelmed and anxious about a game, a game I love, because if I do, I know the outcome. I will begin to hate my virtual life in Azeroth, and that is not cool. I will keep this image from Tales from a Middle-Aged Gamer nearby, and keep it as my creed: 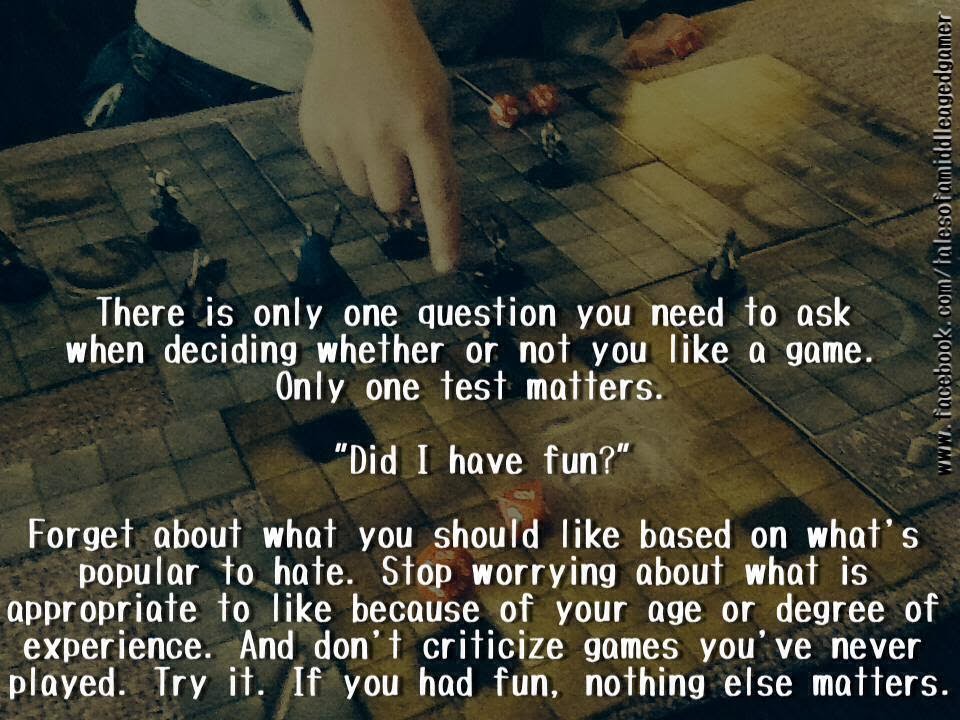 The only thing I will remember, and do keep in my heart, always and true: my friends in Azeroth, and their places in my heart. There's my gold.

(For some unknown reasons my links are not working)
Posted by Matty at 8:44 AM