This is a video NPR reposted this "crowboarding"-the cure for the 'winter blahs.' This immediately made me think of Tome. She and I have had a few conversations about what 'fun' means, and this crow definitely has the right idea.

Now, a lot has been on my mind lately; a lot is on everyone's mind. We all feel like we're playing Whack-A-Mole constantly in real life. One thing gets done, two problems pop up. One place I do not want to feel anxiety is Azeroth. Stress, however, or a sense of competition, or achievement, now those things are not so bad. It may seem odd to include stress in that mix, but there exists a place for this emotion. It gets us going, gets us moving and shaking. Anxiety, however, not so much. One recurring personal theme of mine is that not everyone 'gets me.' It's like an invisible unicorn horn on my forehead that remains unseen until poor communication draws it out, into the light, so everyone can see it and laugh. This metaphorical appendage is something I've learned to cope with, by and large. I don't think too much about it until I have an exchange with someone and it's clear my invisible unicorn horn is showing.

Tuesday night I asked my GM if he had a preference about which character to bring to a 25-man. I have gotten the feeling from him I am a sub-standard enhancement and restoration shaman, (which I am) and there are a lot of good shamans in the guild so far. I think he misunderstood my question has having him make the decision for me, as opposed to try to help balance the group. I was told when WoD hits there was no place for 'alt-hopping' and he didn't know why I didn't like playing my shaman.

When it got down to it, since I'd never done SoO on my stupid-butt-die-and-die-again melee shaman, why not? Sure, sure my DPS/damage hovered near the #10-#15 slots. Sure. I was on time, and waited for about three other players, but they are key members of the guild and raid team, so of course we waited. One of our tanks, Hawt, is amazing. But we didn't get through all that they wanted to. I kept thinking to myself damn that I don't have my cloak yet on Zep or Momo--I have much more fun healing on Momokawa especially, but alas…no cloak. Now why Blizzard can't f*cking make it one main, cloaks for all..anyway.

So last night the gulid was talking about challenge modes. Again, me and my big horn. I said I wanted to try them because they sounded like fun, and I was quickly told they are not "fun" and while I tried to combat what I felt was negativity I made some jokes:

Sure enough, someone said the line - (being funny)

And I said something about how challenge modes had caused some issues in some guilds, but not for me and my attitude, and this next line cracked me up:

Obviously, I need to get to know Cevere and and Kazzta better! They seem like my kind of folks! (Note to self: next guild name, Bunny Bum Nibblers.)

Moving on, was told "would sit back and eat popcorn" while I presumably failed if I tried challenge modes. Yup. I am going to fail. Over and over and over again. Just like the big kids. Just like Michael Jordan:


"I can accept failure, everyone fails at something. But I can't accept not trying."

I was then told I misunderstood the popcorn comment. UNICORN HORN ACTIVATED.

In other news: TOME IS AWESOME. 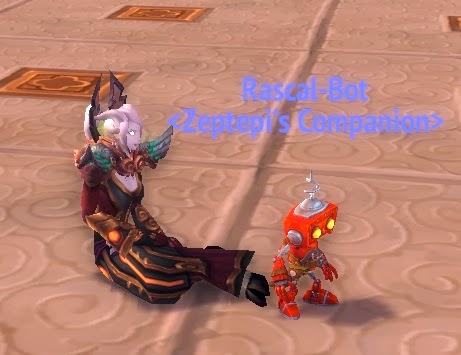 She knows I have an invisible unicorn horn, and loves me anyway.