“Witches are naturally nosy,” said Miss Tick, standing up. “Well, I must go. I hope we shall meet again. I will give you some free advice, though.”“Will it cost me anything?”“What? I just said it was free!” said Miss Tick.“Yes, but my father said that free advice often turns out to be expensive,” said Tiffany.Miss Tick sniffed. “You could say this advice is priceless,” she said, “Are you listening?”“Yes,” said Tiffany.“Good. Now...if you trust in yourself...”“Yes?”“...and believe in your dreams...”“Yes?”“...and follow your star...” Miss Tick went on.“Yes?”“...you’ll still be beaten by people who spent their time working hard and learning things and weren’t so lazy. Goodbye.” ― Terry Pratchett, The Wee Free Men 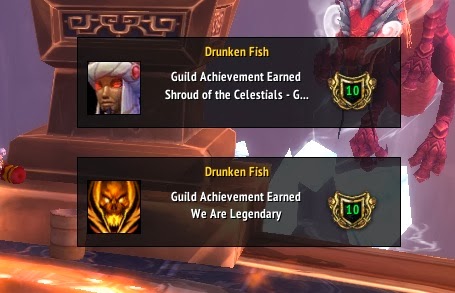 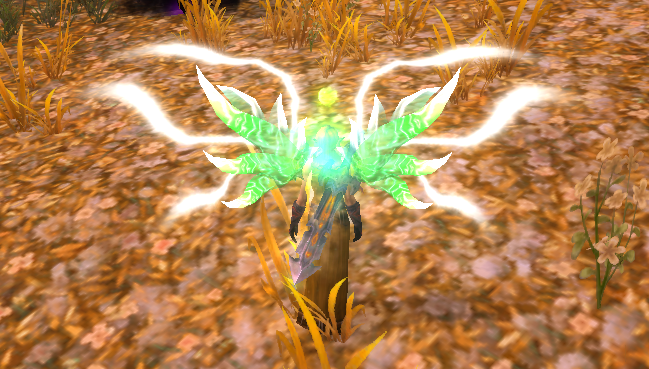 Kellda is named for Kelda from The Wee Free Men by Terry Pratchett. In fact, I also have red-haired troll warlock and mage named for variations of Kelda. I kind of like it, I suppose…

In any case, having one cloak made getting the second one much easier, even if it did require some patience. (Patience is a quality I have fooled many into thinking I possess, but alas, it's a rare commodity for me.) The best part of the entire event occurred last night, when I was hell-bent on finishing this: the final battle between Kellda and Wrathion. Tome, Tome are you listening? Kellda tried a few times as destruction, then took a break, watched a video, and saw that the warlock was a demonology warlock…that's right - Kellda bested Wrathion as a DEMON --I have rarely felt such a sense of personal Azerothian accomplishment: no carry, no tips, just watched one video, studied the moves, sat up real straight and tall and DID IT. Queuing up for the Celestials was no biggie either - one, two, three, four, done...Nothing like putting your big girl panties on and getting it done.

Now: I know there are players out there who love their guilds, raid teams, partners, all that. I get it: I enjoy my friends, too. Heck, I even love some of them. Many things can't be soloed, *cough*, and if you do, find that solitude can become wearisome as well. But I do believe, pure opportunities, not tied to if/then situations, of solo achievements that grant power and status, and (dare I say it?), autonomy in Azeroth will keep players paying for their monthly subscriptions.

Speaking of which, my doggy Snickers is a little under the weather, and I kind of am, too. No, I didn't go to downtown Seattle and catch a case of Blue/Green Bird Flu; but I am home today taking care of business. There might be a little reforging, gems, and enchanting going on too. I love CD Rogue, but will be glad when the wheels of his car are heading to work--looking forward to being in my own thoughts today.


“It doesn't stop being magic just because you know how it works.”
― Terry Pratchett, The Wee Free Men