Whereby I explain my vision, my wish, my dreams for the Old Ladies Raiding Guild.

A retrospective of this week's pain:

Minigate Scandel:
This DK, this DK full of hubris and a blue sword, had us wipe about four times on Galakras. Normally, I never inspect tanks, I just don't. I don't really care. But when this young gentlemen said during the wipe in trash for the healers to do a better job, after the week of metric tons of criticism and heartache I had in real life, I took a wee bit of offense, and checked his gear. I was there on the beautiful, but foul-mouthed priest Zeptepi. And I swear, I said very nicely, "Look, I understand we're all trying to get gear, but don't criticize when you have a blue weapon." He told me that was why he was there. Now, why he couldn't go to ToEs, or ToT, and also try for something better than blue, I didn't bother to ask. He proceeded to get very defensive, and I just replied in my best customer-service-talking-you-off-a-ledge-hostage-negotiation-tone, "I understand." He kept bitching, until finally another player told him, "[she] is saying stop being a See You Next Tuesday and Love Yourself Vigorously and Tank." After all this witty banter, I did not have the heart to tell him it's "mitigating," not minigating. I can only call upon Mr. Snerguls so much in the world before others want to stab me in the eye with the Red Pen of Grammar Death.

Four wipes, we never once 'minigated' damage, and I didn't get my damn boots.

Laughing Gas:
Dethspec, for his name should reign mighty and supreme, had to shout to the raid when Kellda used her  Macros of Cookies "It's always a good idea to take candy from a stranger" and had to show the LFR how incredibly FUNNY and SARCASTIC HE IS IN VERY BIG CAPS.  Now this young player had his legendary cloak, and I was really wondering what he was doing slumming it in ToT with the rest of us peons trying to squeeze every last Titan Runestone from the cold, dead paws of Mogu.  Deth, did I make you laugh? Did you get a good chuckle? Oh, awesome! Now come over here so I can slap you, you little shit. *POOF!* You are now a grease stain on the underside of a pigeon's dropping.

*Footnote: the eighth of something may be referring to losing mass when we die… Sure I KILLED Deth with my jokes!

Not Quite Reading for Raiding:
Thursday night, I saw my buddy Turk on, and he had other obligations and wasn't planning on raiding. Also, my own cub's regular Thursday night plans were cancelled, so impulsively I got the bright idea to whisper my GM that hey, in the future, if he ever needed a fill-in for raids, I'd like to help them out. I really didn't think before I spoke, because I'm still trying to get a healing weapon on Mataoka, and haven't had a chance to reforge, etc. But all in all, I do keep four main characters hemmed, enchanted, and try to beg the RNGs for things they need: Kellda, Mataoka, Zeptepi and Momokawa. I f8cking hate Reforging. Wait, no. I don't hate it. I hate that it costs gold. Every shift in the wind, every time Chris Metzen farts, it seems my gear needs reforging. Why can't we get a punch card, say for every tenth time we get a free reforge? I know it's going away altogether in WoD, and I don't think that's the answer either. Grrrrrr…..

Anyway, I sucked. Log told me "it's not like Flex, it's different, don't stand in stuff or you'll be one-shotted." Yup, I know, but there is no way to know a fight until you do it. Not going to happen. No one learns how to drive a car unless they drive a car. No one learns how to read unless you have text in front of you. And no one gets out of foul steam if you don't even see it under foot. We did the Dark Shamans, and did finish, (no mace, of course) - first pull a really good hunter died right away. Later, I died and good have reincarnated but was waiting for Log to tell me to, in fact, at one point many of the players died. I just resigned myself to stay alive (I just read a really good raiding strat on this the other day), and was of course informed the tank out healed me. Yup. She's awesome. Really. I don't hate shaman healing, but after Disc and Druid, it feels too clunky sometimes. That and those big sausage fingers of mine. /sigh
Oh, a a great intelligent trinket dropped, and I needed on it for a split second thinking maybe this would be the turning point and go elemental. The druid asked me for it by saying "I thought your off spec was enh?" I just said it's yours if you want it, opened up a trade window and gave it to him.

Forbes magazine just reported that WoW lost 600,000 subscribers. It's simple. No one wants to play with assholes. I don't, and I guarantee not a single one of you wakes up in the morning and says, "Hey, I would love to be entertained and judged while I'm doing it!" Nope.

I am leveling a litle priest named Kellrose. Kellrose is lovely. She will be disc/shadow from the get-go. She has two healing spells at level 20-21. Two. Just. Two.

Good sir, you died because you ran off and attacked a crab that pinched off your cojones and it made you grumpy. I saved you the clicking finger and as soon as you said this to the party, left you with your crabs. You're welcome.

To the Point:
Old Ladies. My dear, sweet, awesome Old Ladies.
We are the oasis in the sewage of these players. We are the Valhalla in the scummy slums of life. We go, we fight, and we win. We don't yell. Nerd rage is not an option. We laugh. We make fun of the absurdity that is Azeroth. Yes, need on any mog item you want, but if there is something specific you want and you speak up, this group will oblige. I never want this to be the status quo for a fun-run. I don't want to speak for any of you, but for me-- my real life and a lot of my Azeroth life is hyped-up angst bullshit, folks taking themselves WAY too seriously at times, and if players such as Hanjizoe or Mr. Minigate, or Deth want to hear about TRUE pain, about the litany of people who experience horrific things, don't think for one second you will win with me. I'll go mano-a-mano with any of you verbally and leave you a destroyed wreck. I told a friend yesterday I am a mental paladin.

Next Saturday, let's go to Sunwell and have some fun in the sun. How's that sound? /love 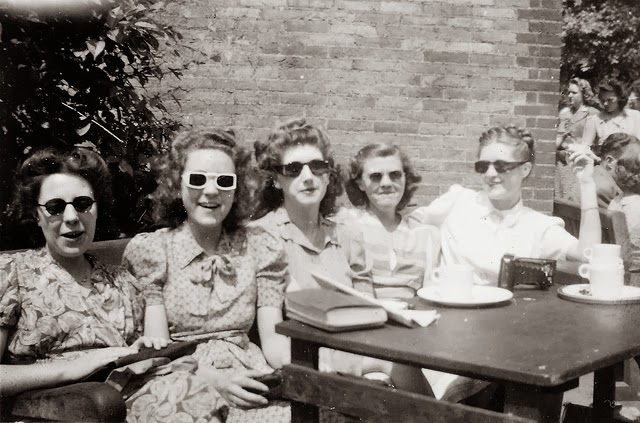