I was literally having this conversation with my cross-dressing rogue, while scrambling to lay in supplies before another big snow storm hits. I am not unused to snow having learned to drive in Colorado, and the east coast, but here the good government doesn't know how to budget for road salt and plows. Besides, they might run over a salmon or something,

(I kid, of course. Don't call the Salmon Police on me.)

The conversation topic spinning my mental wheels was about the three Draenei Girls Gruff: Matty, Luperci, and Zeptepi. (Their names sound like Marx Bros. names.) Now, those three are all fairly well decked out, considering only the shaman has stepped hoof in any type of raid. (I am at this limbo place where I am not seeking to raid actively either: that would involve tugging at the robes of the guild officers, saying "Let me in coach!" when all I really want to be is the water boy.) The thing is: Valor Points. All three girls need BOE items. Well, Matty doesn't. I said one quick word to Guarf the other week, because I wanted to borrow some of his "extra" ones (with reasonable term interest rates, of  course) and get some bracers or boots for Zep. Before I could give him a shopping list off he went and got them for Miss Matty. No good deed goes unpunished, eh? Like a nagging wife when the husband picks up the wrong brand of laundry soap, I was appreciative but resigned. (Sorry Guarf. Really. Really.) So, off trots Miss Matty with her boots, bracers, and such. From LFR, she got the chest piece and shoulders early on, and the ax, etc. But here's the kick in the head: got the bracers from Dragon Soul, and I'll be damned but those suckers are Best in Slot! DAMMMMIT. I have an abundance of bracers now. Perhaps it's a good thing since carpal tunnel is so prevalent these days.

So -- here was my dilemma: should I continue using my VP on Miss Mattycakes, (she still needs a belt, two rings, necklace, and trinket), or use my VP for Zep and Luperci first, whose gear is not quite as pretty-shiny? Kind of like having three girls go to college all at once; I just can't afford it.

Ultimately, the question is this: who is the most 'fun' to play now?'

Well, perhaps 'fun' is not the right word. None of them are particularly 'fun' right now. But I have found, with the better gear Zep is getting from the dungeons in any case, healing is, well, kind of cool. And as soon as I came home, I saw this posting by I Like Bubbles: Healing is an Addiction

I have often complimented her use of terse prose: I can't get to the point as quickly as she can.

Well, screw it. This over-thinking about this dumb game is giving me a headache. I don't know if I should put one hotel on Park Place or load up James Street with houses. The RNGs and dice will roll as they shall do as they will. I do know it's pretty easy to get Zeptepi's dance card filled up quicker than the other two, so perhaps, so she'll look pretty and smart, I'll get her the dress to the balls first.

And Guarf, about that loan... 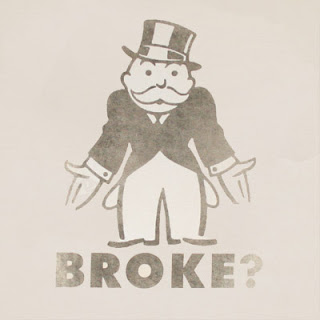 Email ThisBlogThis!Share to TwitterShare to FacebookShare to Pinterest
Labels: Luperci is not a fail tank, Mataoka, Zeptepi