This is when I know what a hack writer I am: I am afraid to define the truth, or unable to capture a moment in time.

Months ago, CD Rogue acquired tickets for Paul McCartney's concert. We spent the grocery budget on them, which was fine. Who needs food when Sir Paul is coming to town? We asked cubs if they wanted to go too, but they declined. I wonder if they will ever regret not going to see one of the last, and seminal, remaining Beatles? I am actually starting to get a little teary thinking about it. But it was their choice, and though they are both musicians themselves, a night without parental supervision was more alluring. For the record, I was born the month and year the Fab Four came to the States. Forever and anon, UK: thank you. Thank you with all my heart. Now you all know how old I am, but after seeing 71-year-old Paul take the stage for three and a half hours and go non-stop, three encores, and return to his young wife, well, damn: there is something to this clean rock lifestyle after all! The couple next to us and we laughed because we looked around and wondered who all those old people in the audience were?

He did all the great ones, and some new ones, too. I came back from the ladies' room to find CDR, eyes red, from a tribute to John: the clear message: tell those we love them before it's too late. Do it. Now. Don't leave the words unsaid. To come back to a grown man in tears --powerful stuff.

So: Just as I love and cherish the people in my real life, to my blogger and play friends, I love you too.

He sang all my favorites--Paperback Writer, he did a tribute to George by singing Something, starting off the piece using a Gibson ukulele George had given him, and during one of the encores Yesterday. He had the audience singing like an English pub to Ob-La-Di, Ob-La-Da, and All Together Now.

It was truly, thoroughly epic.

CD Rogue turned to me at one point and said I should watch the Sound City documentary.

Paul brought out Dave Grohl and the remaining members of Nirvana on stage.

Now for those of you who may be unfamiliar with Nirvana: the late, great Kurt Cobain, heroic Dave Grohl, lanky Krist Novoselic, friendly Paul Smear, well, it's okay. When Nirvana hit the world, I was living on the east coast at the time and thought: Oh...there's...what's....yes.

However I'm not turning this into a Beatlemanirvania fest anymore than I have, cause I need to say this: many moments last night I wish I could have somehow shared this experience with my Azerothian friends. I wish I could have told you how courageous I know many of you are, how hard you work, how much you do for your loved ones and families. Those songs are for you, they are for all of us. I love my time in Azeroth with you, but oddly enough, the things I wish and pray for you aren't in Azeroth: they are in the real world. If in any way, I have brought a smile to your face, or helped you think about something in a new way, then my work is done. Sorry to get so soppy, but damn, one doesn't meet rock royalty every day. The majesty's a pretty nice girl, and I want to tell her that I love her a lot but I gotta get a belly full of wine...

Oh, he sang this too:

Some things to note: I say the word "money" at the beginning, as in, "I would bet money." Also, at the end of the video is a tall, blonde security officer. He thought CD Rogue was partaking of mage's herbs and told him emphatically "NO." Efffing fascist. The smell of herbs wafting through the air was all around us: why he singled out CD is annoying as hell.


Footnote:
Driving home CD said he was saddened by the absences of John, George, and Kurt Cobain, and wished he could replace guns with guitars. (I wish I could replace cancer and illness with guitars, too). I asked him "If everyone had a guitar instead of a gun, what would the ranchers do to shoot rattlesnakes and coyotes? Without skipping a beat, he said: "El Kabong." 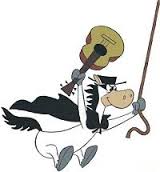 Email ThisBlogThis!Share to TwitterShare to FacebookShare to Pinterest
Labels: Paul McCartney, Things that have nothing to do with WoW