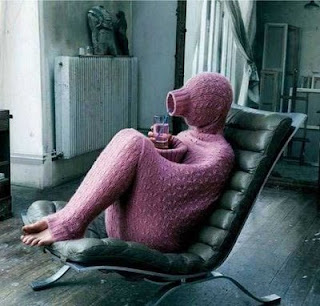 So far, so good. Didn't run out of coffee, found the new ink cartridge; still can't figure out how to get the scanner to work on the new printer. I've set up tens of printers over the years, but this one...even reading the tutorial, it's frustrating. Every time I read the directions, go through the steps, the Canon printer does a "Harrrummph!" and does not speak to my documents. Do not think you've bested me, Technology! You really don't know who you're messing with...I have a credit card and a sledgehammer, and I can fix this...

Okay, so before I go off to fight the TechWars, I wanted to point your attention to Tzufit's response to "Community Blog Topic: Is Leveling Too Easy?" Her insightful response is one of those "WIHWT." Wish I Had Written That ones.


A prevalent value judgment made by the majority of WoW and MMO players is that, unless you are willing/capable of fully understanding your character and class at max level, you are doing something wrong.  As a community, we largely fail to recognize that it entirely possible to have a blast playing WoW while not necessarily understanding everything you’re doing.

Some of my player buddies have noticed I started another shaman. Their responses: "You sure do love those shamans!" Or, "Another shaman!? Why?"

I don't mind them asking, but must confess I wish I had that option of "invisible" mode we've all wished for. Not ignore, not DND, not Away...just "not here." This thought lead me to think about all the ways we actively, passively or aggressively, keep ourselves away from others. It started with phone messages, voice mail, then fax machines and e-mails. Gone are the days when a secretary handed over little pink message slips with exclamation points marking something urgent, or having a real face-to-face conversation: "Mr. Jones, a woman called who said she was your wife, and it sounded like there was music in the background. She didn't want to leave a message."

But we are in a dangerous place, fellow humans. Maybe we've been there for a long time. We can't seem to help ourselves from wanting to bump atoms, and be the social creatures we are, and yet, it causes us mental rashes and friction. This is a theme I should be exploring in writing and reading, and that's all I probalby do anyway...who we are to each other, and how it changes.

To me, the poignancy of "not necessarily understanding everything you're doing" and still trying to figure out how to have a blast in life, or get through the muck, is the what it's all about anyway.

Theme Song: I Believe in Everything/Alberta Cross
(Lyrics)
(The full YouTube version wasn't available in the States)
Posted by Matty at 9:08 AM