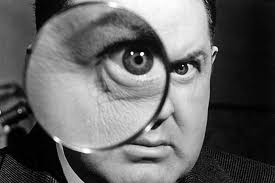 Dear Matty:
In real life, I am a loving husband and father, responsible worker, and all-around good guy. But since I was a kid I always enjoyed drama, writing, and role play. My favorite books were manga, and I was a Pokemon master! When WoW came along, the RP part of the game and its adventures were a natural fit for me. For years I've created characters and exchanged all manner of dialogue. My avatars are my alter-egos, purely for fun. But my wife...oh geez...this is going to sound like such a cliché...doesn't understand. She watches over my shoulder and reads what the other RP guildies are saying, and let's just say she does not approve, nor want me to "hang around them." I have tried to explain to her many times it's just a game with a storytelling element. She plays a lot of Candy Crush and was an avid Farmville Fan, and Angry Birds, but has never been an MMORPG'er. Heck, she doesn't even like to dress up for Halloween! Of all the so-called hobbies one can have; golf, model trains, canning and pickling, you know, manly stuff, she would tolerate I suppose. How can I get her to trust that this is purely about the story, and my only chance to play superhero?

Your concerns are not only personally valid, but the on a global scale, too. This morning I read an article titled "Congress Debating If Putting A Fake Name On Facebook Should Be A Felony" from techdirt, by-line Brad Kriss. Dios Mio! I am about to put in a call to the Guild Lawyer, a one Mr. Atticus Eat-A-Finch, feline familiar, to check in on my avatarial rights! (This is a real thing, by the way.) I realize however, you're not really asking me what the Department of Justice is up to, but the Department of Homeland Security, aka domestic peace. You can go one of two ways: first, tell her this is important to you again, you need a tiny bit of breathing room, please, and don't play so much and pay more attention to her. Kind of a shaky option. Second: give up most of your RP time with others, and start a set of characters with her and get her in on the fun. Also a little wobbly. The reasons why these options are potentially flimsy because you need to be honest about what you're doing. When we create friends, and enemies, in our avatarial lives, they carry over to our real ones. We truly do care about one another, and are concerned, and carry the weight, of each other's burdens and triumphs with us emotionally. In other words, we cross lines, and it can be painful.

That's kind of heavy, isn't it?

But let's consider the second option. Ask her to think about some of her favorite TV, movie, or book characters. (Yes, this feels like homework, sorry!). If she could play one of them, who would it be? When she's done, (and listen, don't talk), tell her she totally understands you, and how much you appreciate her allowing you time to enjoy the game. If she wants to start a character with you, then let her try. Just be clear with your fellow guildmates or RP friends you have her joining too, and the framework may change. It's perfectly reasonable, responsible, and right to tell others for example, "My son will be using my character sometimes, so yo may not get a response in chat," or, "My wife and I are starting characters on a different realm, so if you see me pop on in battletag, and I don't respond, that's why." Anyone in the game who doesn't respect that isn't worth your time. Having said that, and listen carefully Sir Paladin: if you have to give up your WoW friends they will truly miss you, and be saddened. This may be a sacrifice you will have to make for your real life, however, and real life always trumps virtual.

As far as laws being passed to make playing with our imaginations a crime, I say "HELL NO." And it's not a crime if you have a virtual life, too. When reading the article, I couldn't help but think of one of my nephews who started a Facebook page for a puppet character he created. Does the DOJ want to eye him now too? God almighty.


Anyone have any advice for Paranoid Paladin?
Posted by Matty at 9:16 AM