Know Your Archetype: The Sage 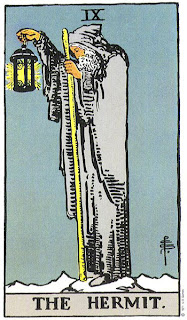 In spite of my extreme jealousy over New Zealand's having its own official wizard, I seek and appreciate the mentors I do have. We here in the States must muddle through with our own crafted mentors and truth-speakers, which are rare as salt in coffee. So perhaps it is not a surprise Yanks seek the wise-folks in game. Known by many names: the sage, the wizard, wiseman, wisewoman, or hermit, the sage is uniquely qualified to dispense wisdom, and though you may not know his or her backstory, you just know they have seen it all, been there, done that, and do not feel the need to show all their cards. 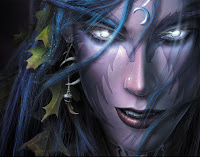 Well, they don't know everything. Their role in the hero's narrative is to give just enough information or exposition to carry the story along. Tyrande will honestly admit, "My vision is cloudy," because if she could truly know the outcome, there would be no story. Without confict, there is no plot, and with no plot, there is no story. We cannot know what the future holds, and there is a story about that, too. Just ask Cassandra what it's like to be cursed with prescient knowledge. It sucks the life right out of ya. No one believes you anyway, and then you go insane and die. The end.

But alas, once one has crossed into the realm or scope of sage, it is impossible to return to the role of 'ingenue.' It is difficult to regain innocence. I think about that often when I try to recapture a moment in game of when something surprised, scared, or just simply woke me up. The gaining of new knowledge, the awakening process, are the interesting shifts of the journey, the 'not stepping in the same river twice' kind of awareness. It is difficult to achieve this once knowledge exists. One bite of that apple, the snake's gone, the sky turns dark, and bam! Your fig-leaf doesn't have enough coverage. Self-awareness is the path to self-actualization, and the wise mentors have self-actualization coming out their staff pipes. No wonder why they often live alone. It's just easier that way.

The gods have given humans one of two terrible gifts, depending upon your belief systems: one belief is that the gods/God knows everything, and we are just on a pre-determined path to an ending that is set in stone, or, the other terrible gift is the gods/God gave us free will, but with a limited-time offer of mortality. From my own perspective, the free will choice is by far the more terrifying, yet satisfying of the gifts. The dairy farmer I dated believed God knew everything, and we were just on a life treadmill, heading toward a finality. Booooorinnnng! Well, then I couldn't see my path with him, and jumped off  the conveyor belt of that relationship. Bet he didn't see that coming.


I have often wondered if most (famous/published) writers know everything ahead of time, what their process is, truly. This question of foreshadowing, and knowing the ending ahead of time has been on my mind quite a bit lately. Let's just say I know how the Ash-Witch's story is going to end, but--never mind. In any case, one of my favorite authors is John Irving. On my personal list of transformative books, The World According to Garp, followed by Cider House Rules. Recently, and fortuitously, his point of view on this subject was clearly defined in an interview about his latest novel, In One Person. (To the Amazon Kindle section! Away!) He clearly states he knows ahead of time how he will end a story, and I thought to myself, "Gee, perhaps that is why I have often disliked his endings." I hated the ending from A Widow for One Year, and The Fourth Hand, but the "I'm going to throw this book at his stupid New England face" was the ending in Last Night in Twisted River. But--to be fair, have no issues with many of the others. I would never dare criticize John Irving--his gifts to me as a reader far outweigh drippy endings. And this is only one woman's opinion. The characters in his stories live in my head, for all time. The reason why I cannot allow myself to criticize is that endings are very difficult for me--a great ending is rare and monumental. Perhaps I should heed his advice and start writing my endings first, and then allow Rule #10 to alter as needed. That would be the smart thing to do.


Theme song: Immigrant Song/Led Zeppelin
Posted by Matty at 8:42 AM