Crimes and Misdemeanors: How many holes does it take to fill the Albert Hall? 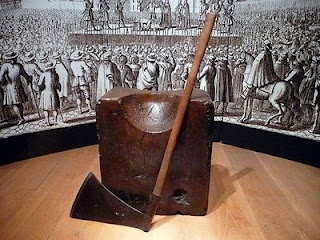 I am not feeling any less overwhelmed, but I am a bit more humbled. If the worse thing I have going on right now is a the curse of too many blessings, then I plan on shutting my pie hole.

One suggestion was to start deleting some alts: good plan.

Maybe Lunancy, the level 7 Worgen? Nope. Can't. Her name is awesome. Get it? A mash-up of Luna and Nancy?

Perhaps Mookimook, about my third or fourth druid. Momokawa? Heartychoke, the spiky-green haired mage, trapped-for-eternity-at-level-5 in Gnomeregan because she can't find the exit? No, again, her name is just too cool.

Rohawn. Yes, maybe Rohawn, level 23 warrior, who was a Draenei for a guild thing, then a Dwarf for a guild thing, and now a human because she's cute. And humans have the best red hair. I have not figured out warriors yet, though, and there she sits, wasting away in Margaritaville, aka Redridge.

Except for a few minor infractions, she's done nothing wrong. She still has a quest from the winter holidays on her list, and a lot of engineering supplies a former guildmate donated to her.

Well, from the looks of it, I don't think Marshall Marris is going to be budging anytime soon, so she's safe from the ax's shadow for now.

But one wrong stomp, Rohawn....