Thirty-foot pole: Can I see your ID? 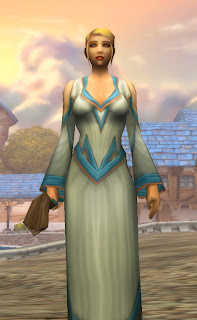 With all the "isms" out there, one would think I would have better sense. But I don't. (Need further evidence? Just read any of the over 500+ posts I've written and there are data to support this theory.)

But here I go, poking a stick at another topic that can be detrimental to one's health: ageism. 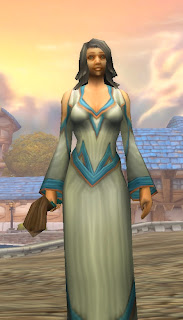 Sexism and racism are very real and damaging issues in our "social" world, virtual and real. And the lines between virtual and real are so damn blurred, so muddied, I seriously wonder if we as a species will ever be able to extricate ourselves from our digital overlords. In thinking of getting an i-Phone, and the thought of Siri's voice telling me what to do and where to go greatly disturbs me. Now, if Pierce Bronsnan was telling me, sure. Whatever you say, Pierce. Rule, Britannia!

Sorry, my mind wanders off. I'm well over the age of 18, and we in our dotage tend to meander. See what happens when I don't take my pills?

Ageism is a very real and damning excuse for exclusion and discrimination. This issue goes across all age groups, too, so young'uns, don't think I'm finger wagging at your lack of respect for your elders. It strikes me as such hypocrisy, in myself mostly, and my discomfort when I find myself, a perfectly capable, mature adult, when I spend hours, hours "playing a game" and feeling real emotions over it! Like a spoiled brat who throws a temper-tantrum when they don't get to be the race-car token while playing Monopoly. (Remember those? Board games? I think of them as bored-games, and was never interested in them. But they were made of wood, paper, metal, and plastic, and humans would gather around these mystical rectangular alters of skill and chance, and then, oh no, create lasting cherished or dysfunctional memories, depending on the addition of mean older sibling or bratty next-door-neighbor or disinterested parent. Hey, we all have our roles to play. I liked being the banker because, well, I liked to cheat.)

So, I have found myself never, ever telling anyone how old I am. There are way too many biases against players who are over thirty, and especially if they're female. Perfectly nice bloggers will defend one another and then gasp in astonishment over "Hey, there are even grandmas who are guildmasters and raid leaders!"

And, there are way too many biases against those under twelve. When baby cub started playing years ago with papa bear and uncle bear, the guild chastised and sanctioned him time and again. These were GROWN MEN who were so mean to the baby cub that papa bear hit a mighty /gquit with one swipe of his paw and never looked back. But it soured the whole experience from then on. And baby cub's innocence and joy was damaged, too, but hey, that's life, right? Get a few knocks and punches, all part of growing up, right? (Sad face.) This is why Big Bear's Cub Reports take me back to a happy place. Hope his baby cub is better protected.)

When I read trade chat or the trash-talk that goes on, I know it's most likely teenagers being complete jackasses to one another, and then have the horrifying realization that one of them is a former guildmate whom I know is a grown man with a family. So, is this man pretending to be young again? And, who am I to judge, really? I am a grown woman, and yet, thoroughly enjoy pretending to be a hooven-horned space goat running around, perpetually young, nubile, and sparky?

Who am I to judge indeed.

So, how old am I in real life? As my former guildmaster Xak was quoted as saying, "A real gentleman always knows a lady's birthday, but never her age." How Cary Grant of him.

My birthday is in February. And none of your damn business.


DAMMIT. I had this post in mind, and there goes WoW Insider, too!
http://wow.joystiq.com/tag/age/

Theme song: When I'm Sixty-Four/The Beatles (and no, not yet)
Posted by Matty at 8:25 AM

Email ThisBlogThis!Share to TwitterShare to FacebookShare to Pinterest
Labels: another ism for the pile